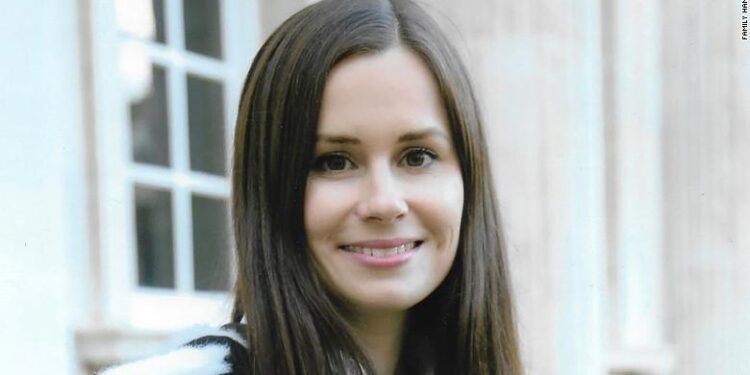 Statement from Dr Kylie Moore-Gilbert??s family We have been and continue to be in close contact with the Australian Government. Our family thanks the Government and the University of Melbourne for their ongoing support at this distressing and sensitive time. We believe that the best chance of securing Kylie??s safe return is through diplomatic channels. We will not be making any further comment and would like to request that our privacy ?? and that of our wider family and friends ?? is respected at this time. //

A British-Australian academic said she suffered “psychological torture” while jailed in Iran and claims Tehran tried to recruit her as a spy, in her first interview since she was released last year.

In comments aired by CNN-affiliate Sky News Australia on Tuesday, Kylie Moore-Gilbert also criticized the Australian government’s attempts at using “quiet diplomacy” to free her.Moore-Gilbert, a lecturer in Islamic Studies at the University of Melbourne, was held for two years from September 2018 after being arrested at a Tehran airport and accused of spying amid tensions between Iran and the United States.

She was found guilty of espionage in 2019 and sentenced to 10 years in prison but was released by Iran in November in an apparent prisoner exchange for three Iranians held overseas.

Moore-Gilbert told Sky News the first room she was held in was a “two meter by two meter box,” with no toilet.”I would say (it was) the extreme solitary confinement room, designed to break you.

It’s psychological torture,” she said. “There were a few times in that early period that I felt broken, I felt if I have to endure another day of this, you know, if I could I’d just kill myself.”

She said she was beaten up once by prison guards and forcibly injected with a tranquilizer against her will.Moore-Gilbert said the allegations of her being a spy were “crazy.” “There’s no evidence of me being a spy for any country.

Even the Revolutionary Guards couldn’t work out which country I was supposedly spying for,” she said in the interview.She said while she was held, the Iranian authorities also told her they would free her if she agreed to spy for them.”

I don’t think they were particularly interested in spying on Australia, they were more interested in me using my academic status as a cover story and traveling to other Middle Eastern countries and perhaps European countries, perhaps America, I don’t know,” she said.

During her interview with Sky News, Moore-Gilbert said she learned during her incarceration that the media knew about her situation but had initially been asked by the Australian government not to report the story.

“The line being run by the government was that trying to find a solution diplomatically behind the scenes with Iran was the best approach for getting me out,” she said.

“And the media would complicate things and could make Iran angry … and make things worse for me.”

Moore-Gilbert said she was grateful to the Australian government for their help in getting her released from prison.

However, she wasn’t convinced that so-called quiet diplomacy was the right approach, because her situation in prison improved after her name was revealed by the press in 2019.

“I did notice much greater attention was paid to my health and my conditions, so I certainly saw benefits from that. And I’m not convinced that the quiet diplomacy arguments stacks up in such a case, although each case is different,” she said.

At a news conference on Wednesday, Australian Prime Minister Scott Morrison said he had been impressed by Moore-Gilbert’s bravery and courage, but there were events behind the scenes of her release she wasn’t aware of.”

I am aware of those issues and have been directly involved in many of the decisions, in fact, all of the decisions that ultimately ended up in securing her release,” he said.

“And I know Kylie Moore-Gilbert is very appreciative of that.”

In a statement to CNN, a spokesperson for Australia’s Department of Foreign Affairs and Trade said that they would not be speaking on the “circumstances of her release.”

“Every consular case is by its nature complex and is considered individually, with a strategy developed on a case-by-case basis,” the spokesperson said.

Price Of Diesel Rises To N545 Per Litre