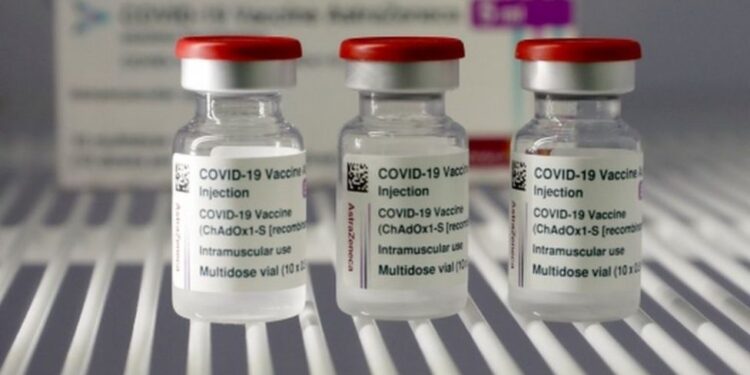 A fresh row has broken out between the UK and the EU after the bloc’s most senior official suggested the UK had banned all Covid-19 vaccine exports.

Charles Michel, the president of the European Council, wrongly claimed the UK had an “outright ban” on exports of vaccines produced on its soil.

The BBC understands Foreign Secretary Dominic Raab has written to him to say the claims are “completely false”.

An EU representative has been summoned for “further discussions”.

It is the second time since the start of the year that the UK and EU have been at loggerheads over the issue of the production and distribution of coronavirus vaccines.

In January, the EU introduced a new system of controls on vaccine exports amid concerns over availability of supplies on the continent, requiring producers to seek permission from national governments for planned sales.

The move sparked a wider row with the UK about the functioning of post-Brexit trade arrangements relating to Northern Ireland agreed by the two sides last year.

The EU drafted regulations which would have overridden the Northern Ireland Protocol and allowed it to potentially stop vaccines bound for Northern Ireland – although it backed down following widespread criticism.

The bloc’s leaders have been under pressure over the slow rollout of Covid-19 vaccines on the continent, compared with the UK, where 22.5 million people – a third of the adult population – have received their first dose.

Earlier this month, Italy blocked a shipment of 250,000 doses of Oxford-AstraZeneca vaccine to Australia.

In his weekly briefing note, Mr Michel – who represents the bloc’s 27 members – said he was shocked when he heard the EU being accused of “vaccine nationalism” as the bloc had “never stopped exporting”.

“Here again, the facts do not lie,” he wrote.

“The United Kingdom and the United States have imposed an outright ban on the export of vaccines or vaccine components produced on their territory.

“But the European Union, the region with the largest vaccine production capacity in the world, has simply put in place a system for controlling the export of doses produced in the EU.”

In response, the BBC understands Mr Raab has written to Mr Michel to “set the record straight”, expressing concern that the “false claim has been repeated at various levels within the EU and the Commission”.

His letter is understood to say: “The UK government has not blocked the export of a single Covid-19 vaccine or vaccine components. Any references to a UK export ban or any restrictions on vaccines are completely false.”

He added: “We are all facing this pandemic together.”

The EU has faced production problems with three leading vaccines.

The rollout of the Pfizer-BioNTech vaccine was delayed in some countries because of a temporary reduction in deliveries, to enable Pfizer to increase capacity at its processing plant in Belgium.

Distribution of the Moderna jab also ran into problems, with Italy and France both saying they were receiving fewer vaccines than expected.

The Oxford-AstraZeneca vaccine has been in short supply within the EU as well, with production shortfalls at plants in Belgium and the Netherlands.

The UK, which is expected to have a large surplus of vaccines after ordering 400 million doses, has said it will donate most of those left over to poorer countries.

The UK, which left the EU in January 2020, is one of the leading financial backers of the Covax scheme, which aims to ensure vaccines are shared fairly among all nations, rich and poor.

France’s President Emmanuel Macron has said richer countries should send up to 5% of their current vaccine supplies to poorer nations.