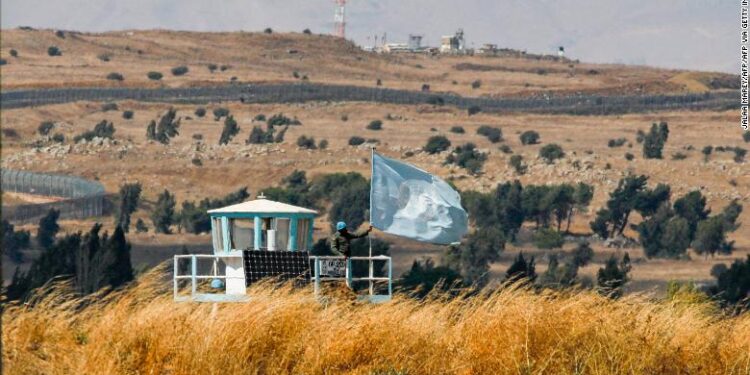 Israel’s military carried out a series of strikes on targets in Syria early Wednesday morning, including a site at the Damascus International Airport used as Iranian headquarters, following the discovery of improvised explosive devices planted in the Golan Heights, according to the Israel Defense Forces.

The strikes killed three Syrian military personnel and injured one, according to Syria’s state-sun SANA news agency, which said that air defenses had intercepted an “Israeli aggression.”

Israel Defense Forces (IDF) spokesman Lt. Col. Jonathan Conricus said the military struck eight targets in Syria belonging to the country’s military and the Quds Force, a branch of the Iranian Revolutionary Guard Corps. The targets were all situated in the area between the Israeli frontier and the periphery of Damascus.

Conricus said the timing of the strikes was unrelated to the arrival in Israel of US Secretary of State Mike Pompeo later Wednesday. As part of his visit, Pompeo is expected on Thursday to visit the Golan Heights, still considered occupied Syrian territory by most of the international community, although the US recognized Israeli sovereignty over the territory last year.

Among locations hit were a military site at the airport in Damascus, used as an Iranian headquarters in Syria and a secret military site, which hosted senior Iranian delegations, Conricus said. The IDF also struck advanced surface-to-air missile batteries after they fired on Israeli aircraft, Conricus said.

The strikes were carried out in retaliation for the placement of three improvised explosive devices (IEDs) in the Golan Heights. The IEDs — claymore anti-personnel charges — were placed by local Syrian forces at the instruction of the Quds Force, Conricus said.

The IEDs were discovered outside Israel’s security barrier but inside the Alpha line, which demarcates the UN-recognized buffer zone between Israeli territory and Syria.

The devices had been placed there “in recent weeks,” Conricus said, adding that various intelligence sources had indicated the Quds Force would try to place explosives there.

An IDF search discovered the explosives Tuesday morning. The location of the IEDs is close to where forces in Syria had tried to place explosives along the security fence in early-August.