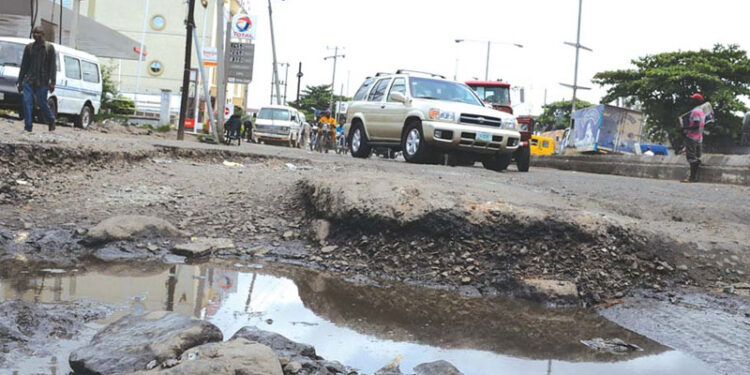 Stakeholders, including Residents, community leaders, landlords of Ijeododo in Iba Local Development Area (LCDA), Lagos, have called on the state government to begin road construction in their area.

The untarred road, which connects the area with Ijegun, is in shambles and death trap to commuters.

They besieged the palace of Baale of the community, Chief Abu Jelili Ododo.

The people had been yearning for a paved road since last year when the state government announced plans to build a 19.39km stretch to link Ijegun, Ijeododo to Abule-Ado.

There was a mild drama last August 27, when over 300 houses were marked for demolition for being on the project’s Right of Way (RoW).

After some intense agitations and petition sent Governor Babajide Sanwo-Olu, the state government sent a visitation team from the Lagos State Physical Planning Permit Authority (LASPPA) to look into the residents’ complaints and inspect the road project site.

Addressing a stakeholders’ meeting, the Oniba of Iba, Dr Adeshina Raji, said: “The state government has consented to your request for the construction of a standard road to link other parts of the metropolis with a view to ending the inconvenience that residents faced in the past.

“The government is ready to compensate property owners, whose structures will be affected by the road construction. I will also give those who will lose their houses 2,000 blocks each.”

Reacting to suggestions that some of the residents were planning to approach the court, the monarch advised the affected individuals against litigation in order not to delay or truncate the road project.

'Why We Increased Budget for Human Capital' - LASG