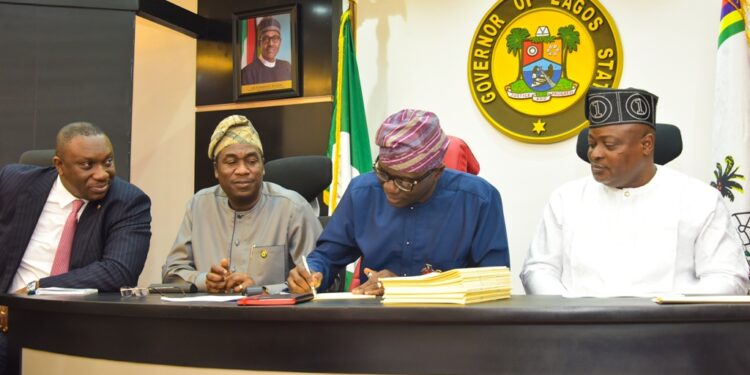 The Lagos State Commissioner for Economic Planning and Budget, Mr. Sam Egube, has explained the state government’s increased budgetary allocation for human capital development, which he put at N160 billion in 2020.

Egube, who disclosed this yesterday in Lagos during the EMWA exhibition and conference with the theme: “Industrialisation and Innovation Revitalising the Industrial Sector to Unlock Nigeria’s Potential,” expressed the readiness of the state government to develop the capacity of young people which he said constitutes 45 per cent of the population of the state.

He also stated that there was need to engage the youths having seen their active involvement in the technology space, adding that the state government has increased its budgetary allocation to improve the productivity of the people.

Egube further explained that as part the administration’s commitment towards making Lagos a hub for business in Africa, it has flagged off a 3,000 kilometres fiberdock infrastructure to bring high internet capacity through underwater cables into homes and industries.

The commissioner said technology remains an effective way to fast-track development and improve behaviour in Lagos.

According to him, “When Mr. Governor came into power, one of the things he promised the people was improved transportation. It was clear to us that transportation will not improve just by building roads alone, because of the rate of Urban migration in Lagos.

“It was also clear to us that for us to improve the environment and the transportation system, it was important we invested heavily in mass transportation. So, the state government felt they needed to find a creative way of solving the problem otherwise movement will be difficult.

“So, we have decided to drive a multi-modal transport which involves enhancing movement on road, rail, and waterways. By the innovation of Mr. Governor and working with the finance team, we were able to finance the redline rail. The redline rail will move people from Agbado down to Oyingbo, then to Marina in its phase two.

“It could move 22.5 million people monthly thus reducing their travel time by 50 per cent from 2 hours to 45minutes. The redline will have 10 overpasses (bridges), it will have 13 pedestrian bridges and eight bus stations.

“We believe Apapa has reached its capacity by far, and when the deep seaport comes operational after the completion of the phase one and two, it will drive four times the capacity of Apapa port.”

In his remarks, the Managing Director, Zenith Exhibitions, Joseph Oru, noted that the COVID-19 pandemic has forced companies and organisations to figure out new ways of doing old things.