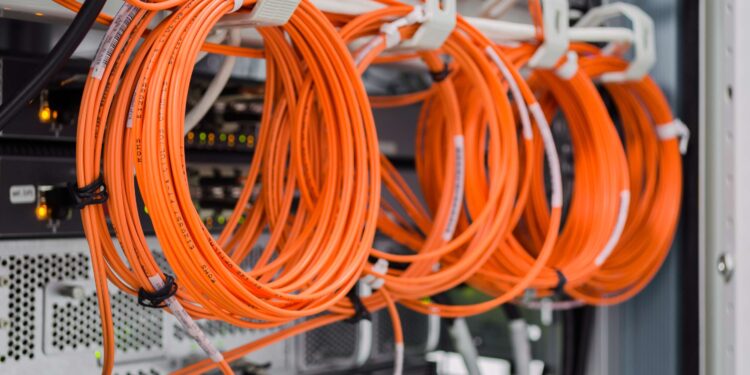 Lagos State Government has installed a 3,000 kilometre of Fibre Metro Network connection within the year 2020 across the state.

Commissioner for Science and Technology, Mr. Hakeem Fahm, in the company of Special Adviser to the Governor on Innovative and Technology, Tunbosun Alake, disclosed this on Tuesday, during the 2021 ministerial press briefing to commemorate the second year in office of Governor Babajide Sanwo-Olu-led administration, held at Alausa, Ikeja, Lagos.

Fahm added that governments at all levels had been directed to adopt e-governance in order to effectively serve the citizens.

According to him, a 3,000 km of Fibre Metro Network connection in the Year 2020 had been installed across the state so far, while an additional 3,000km will be installed this year.

Fahm said that the Implementation of the Smart City Project is to enable governance, connectivity, and environmental security, saying that the use of technology would make reporting of security, health incidents easy to reach, and promote access to major stakeholders in the government.

The commissioner stressed that the project would also incorporate smart technologies into transport infrastructure surveillance and security, healthcare services, education, government services, and making Lagos be technological development through the provision of affordable internet access, thereby, bridging the gap between the people and the government.

According to Fahm, the Smart-City project involved “laying fiber optic cables across the state, and building a metro network where parastatals are connected.”

He added that: “The unified fibre project is a multi-year project which will involve the installation of a total of 6000km in fibre optic cables that will come in two phases of 3000km each,” he said.

Fahm noted that the state is installing both fibre cables and the infrastructure (fibre ducts) that other companies can latch on in order to expand their network.

“We plan to connect the fibre optic cables to all our public schools and institutions of learning, health centres, and all government offices and parastatals,” he explained.

He said the state government is working to increase public access to the Internet and promote digital literacy.

Speaking on the installation of Close Camera Circuit Television, CCTV Cameras, Fahm said “Safeguarding Lagos has gone beyond the ordinary. We have built new data rooms, install more cameras, and effectively deploy technology in our operations, especially as regards security and traffic management.”

He said those cameras were mainly installed around the Ikeja axis as a flagship which will subsequently, be spread to other areas of the state.

Fahm said that upon completion, the project will advance Lagos state economy which would allow companies to operate in a safe, secure, and smart environment that would create more jobs and increase the Gross Domestic Product, GDP of the state.

The commissioner described the Lagos Smart-City project as a transformation being achieved through technology in order to enhance the ease of doing business, adding that it involved stationing of security cameras around the state.

‘This comes in various forms such as tax submission and registration of businesses, reducing the administrative burden on the public and private sectors, and improving transparency. E-governance effectively deployed can have a significant impact on poverty reduction and increase the efficiency of public institutions,” he added.

Fahm, also disclosed that about 5 million residents have been registered and captured so far by Lagos State Resident Registration Agency, LASRRA, since its commencement in 2011.