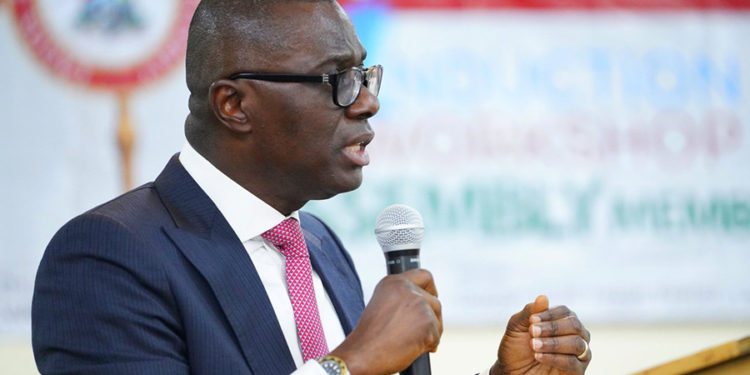 The Lagos State Government on Tuesday launched a digital application to fight domestic, sexual and gender based violence cases in the metropolis.

The unveiling was done by the Domestic and Sexual Violence Agency (DSVA).

Executive Secretary, DSVA, Mrs Titilola Vivour-Adeniyi, at the launch of the Lagos State Domestic and Sexual Violence Case Management System (DSVCMS), said that the platform would ensure that cases were managed optimally.

She explained that the 2020 COVID pandemic with its attendant challenges, presented an opportunity for service providers and the state to look inwardly, identify the lacunas in the system and re-strategise on ways to enhance service delivery.

According to her, in view of the need to standardise response mechanisms in Lagos State, the Joint EU-UN Spotlight initiative provided support to the Lagos State Government.

Vivour-Adeniyi said that the support was provided through the development of the Lagos State Domestic and Sexual Violence Unified Response Protocol and Referral Pathway Document (the first of its kind in Nigeria), which was ratified in 2021.

She explained that part of the support was towards the development of a Case Management Mobile Application, which was both mobile (Android and IOS) and web portal, adding that at the moment, the handling and management of sexual and gender based violence cases, end to end, was done manually.

Vivour-Adeniyi said from the filling of complaint forms, to printing referral letters to other referral/responder agencies, to dispatching letters, following up of cases, and other related manual processes, were done manually.

According to her, “this therefore slows down the process of providing services, especially as sexual and gender based violence responders are duty bound to respond to incidents timeously.

“By virtue of the DSVCMS, we would be able to attend to cases, make necessary referrals to responder agencies and manage cases digitally, thereby optimising our operational efficiency.

“In essence, DSVCMS digitalises management of cases, end to end, across the relevant responder agencies.”

She added that at the touch of a button, relevant responder agencies were able to input details of cases and also update information of action taken.

Vivour-Adeniyi stated that this information would be accessible to the entire ecosystem, thereby increasing accountability and transparency.

The Executive Secretary explained further that the app would enhance the ability to follow up on cases and ensure all relevant responder agencies, including the police, health care, social services and partner Non-Governmental Organisations were able to discharge their roles optimally.

She said that with the world fast evolving, there was the need to engage a technologically savvy system to report or manage cases, as other social media platforms might compromise confidentiality which remained sacred in responding to Sexual and Gender-Based Violence (SGBV).

The representative of the UN Residents Coordinator Office, Yinka Akhibu said going digital was a new way and a more efficient way of working, and that the state should embrace it, as the world was going digital.

Delivery a lecture on the Role of Stakeholders in Data Keeping, Mr Lawal Rasheed, a statistician in Lagos Bureau of Statistics said that there was the need to manage data because it saved time.