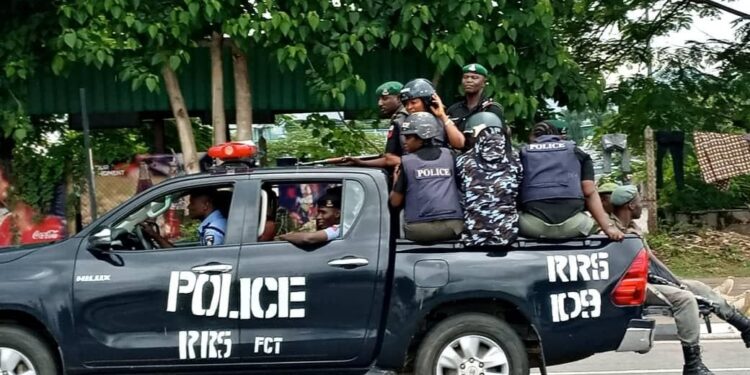 The Federal Capital Territory Police Command has rescued three kidnap victims and commenced investigation into the Tuesday night security breach occasioned by armed robbery, shootings and abduction of some persons in the Kubwa Relocation Estate, off Arab Road area of the FCT.

The Commissioner of Police, Sunday Babaji, noted that the swift response of men of the command in an aggressive manhunt of the perpetrators, resulted in the rescue of three victims and the recovery of firearms and ammunition, including one AK-47 riffle, 25 rounds of ammunition.

The command’s spokesperson, Josephine Adeh, confirmed the development in a statement acquired by our correspondent Wednesday morning.

Adeh noted that preliminary investigation revealed that at about 7:30 pm on December 6, some armed criminals came into the Kubwa Relocation Estate, shot two victims, one Abel popularly known as Oshodi and another Abdulwahab (both other names unknown).

Adeh said, “The suspects while departing the scene, left with four victims possibly to enable them evade arrest by the approaching police response team deployed to the area on quick intervention.

“The two gunshot victims were immediately rushed to the hospital for medical attention but unfortunately, one of them, Oshodi could not survive as he was confirmed dead by the doctor, while Abdulwahab is still being attended to.”

The PUNCH had exclusively reported that a female corps member and seven others were abducted Tuesday night, while one was shot dead and another in critical condition resulting from gun wound.

Two victims also escaped as the armed men fled through the hills.

Meanwhile, the CP called for calm noting that the command had since deployed intelligence and other operational asset possible to fortify security in the entire Kubwa area and its environs.

Babaji assured that investigations had since commenced to identify the suspects and bring them to book to ascertain their mission and motives.