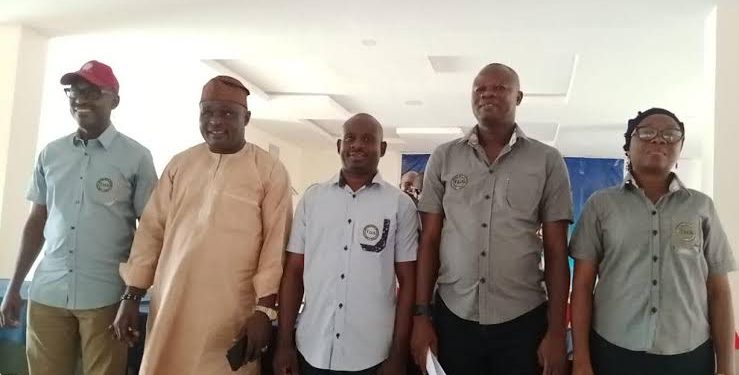 This, according to the industrial association, is in line with the national body’s directives for all state chapters to have a formalised state leadership.

Speaking shortly after his election victory, the newly elected Chairman, Balogun Segun, thanked his fellow colleagues for renewing his mandate as it comes along with new and better opportunities as well as fresh challenges.

He urged them to avoid complacency, noting that “we all have work to do. Our members need us at this critical time in the life of our state and country.

“At this juncture, I would like to equally use this opportunity to thank the National leadership of JNC for setting the record straight. It takes only courageous leadership to sanitise our electoral process so that we as trade unions can be seen as transparent and accountable to our members. By conducting fresh elections across the whole state of the federation, they have sent the signals that it is no longer business as usual.

“We must hit the ground running from the day go. We will first of all put welfare issues affecting our members at the front burner before the government.”

He promised to put some memos forward for the consideration of the council that would benefit all members in the public service starting with their next JNC meeting.

Furthermore, he stressed that they will “strengthen our partnership with all our strategic social partners, the labour centres and most importantly build bridges of Solidarity across all the industrial unions for a more prosperous and harmonious public service,” he said.

Meanwhile, the process which was witnessed by representatives from both federal and state government regulatory agencies charged the association to continue on the path that has made the state peaceful in terms of labour disputes.

For him, the State Controller, Federal Ministry of Labour and Employment, Lagos State, Mr Nnamdi Enuah, admonished the newly elected members to ensure that they present strong, vibrant and sound collective bargaining machinery as they strive to meet the need of workers in the state.

While, the Director, Industrial Relations, Lagos state government, Anne Kushimo, harped on the need for the labour association to continue to maintain its good relationship with the government.

The returning officer and the Secretary General, Association of Senior Civil Servants of Nigeria, Lawal Bashir, stressed the need for them to extract a commitment from politicians as the country enters its electioneering period.

“You must not create a platform to meet the political class before they assume office and get a concrete offer from them,” he stated.

NNPC To Rebuild Roads For Easier Petrol Transit Across Nigeria