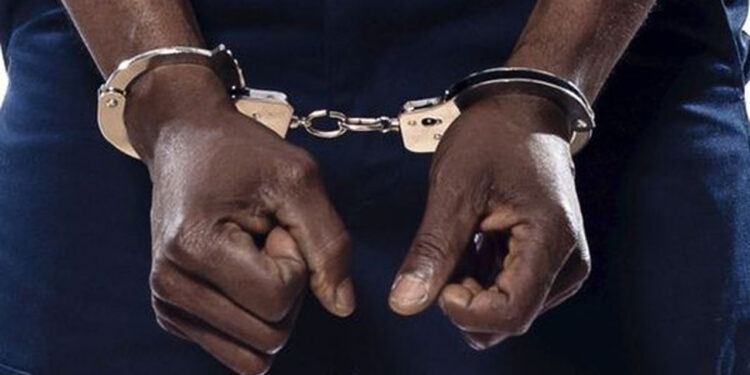 The Chairman of the Lagos State Taskforce has reiterated the commitment and determination of the Agency to completely stamp out crime from Lagos and restore sanity and orderliness on the Roads and Environment through its professionalism and application of tactical dynamism in its approach in tackling crimes and environmental vices in the State.

He made this statement at the Headquarters of the Agency in Bolade Oshodi, where he paraded some suspects arrested from different parts of the State for crimes committed. Jejeloye stated that offences ranging from fraud to vandalism are all crimes and issues that are under the purview of scope of the Agency’s assignment of responsibility, away from the norm of Okada operations usually carried out by them.

The neutralisation of the activities of Land Grabbers in Lekki and other parts of the State was achieved through rigorous and intense patrol, monitoring and investigations carried out by the teams assigned to the areas where such crimes are prevalent. Reasonable amount of success has been recorded through arrests of multiple suspects engaging in such acts. They have all been charged to court and sentenced accordingly to serve as deterrent to others who may be nursing the idea of going to such inhumane business.

CSP Jejeloye also disclosed categorically that the agency expanded its dragnet in the following weeks to apprehend a suspected fraudster who swindled and unsuspecting real estate developer of 5 million Naira meant for the payment of development levy at the Lagos State Physical Planning Permit authority (LASPPPA). The suspect, Adeshola Abiodun, 37, transferred the funds meant for the other purposes and also generated fake receipts to the vicitim before being investigated and consequently arrested by the Lagos State Taskforce and charged to court.

In adition to the aforementioned feats attained by the Agency, The Chairman indicated that cable vandals who have been on the radar of the Agency for quite a while were apprehended along Obafemi Awolowo Road where they had excavated armoured cables of over 200 metres cut to smaller pieces. The Lagos State Electricity Board who had made reports to the Agency concerning the activities of Vandals in the State were able to breathe a sigh of relief after the suspects were apprehended and cables recovered. They have also been charged to court to answer for their crimes.

CSP Jejeloye assured Lagosians that the Agency would continually adopt innovative mechanisms to checkmate the activities of criminal elements in the State. He disclosed that men of the underworld had devised new means during this ember periods but they would all be apprehended and face prosecution. Adequate mechanisms and tactics have been put in place to ensure that Lagosians enjoy a hitch-free Christmas celebration.