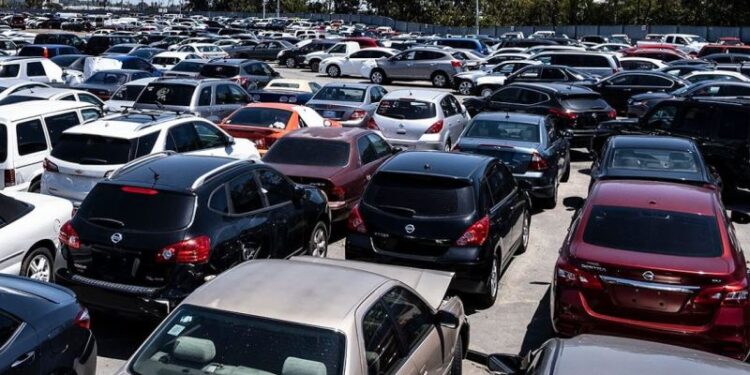 The Lagos State Environment and Special Offenses Enforcement Unit has announced that it would auction 44 vehicles seized from traffic offenders.

Chief Press Secretary to Lagos State Governor, Gboyega Akosile made this known in a public notice posted on Twitter.

The notice titled, ‘List Of Court-Forfeited (One-Way) Vehicles To Be Auctioned’ listed 44 vehicles of different brands and registration numbers.

It partly read, “Lagos State Environmental and Special Offences (Enforcement) Unit (Task Force) wishes to inform interested members of the public, especially owners whose vehicles have been forfeited to the Lagos State Government that all necessary arrangements has been concluded with a ‘Court Order’ in accordance with the law for a ‘Public Auction’ of the vehicles which would hold at the Agency’s car park behind Shoprite, Alausa, Ikeja,  on Monday 23rd of November 2020.

“It is pertinent to state that the vehicles were forfeited by the Lagos State Special Offences (Mobile Court) for driving against traffic (One-Way), thereby contravening the Lagos State Transport Sector Reform Law 2018.”

Recall that the government reiterated its zero tolerance for the violation of the law, noting that it would continue to prosecute traffic offenders until sanity was restored on the roads and law-abiding citizens were allowed to commute without being impeded by some lawless individuals.