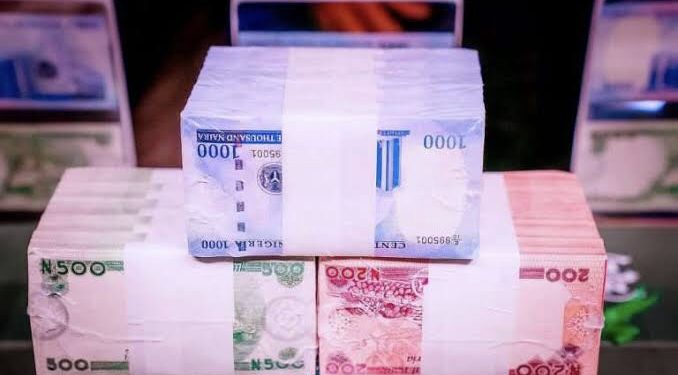 There is an ongoing plan to stop cash payments from the accounts of all the three levels of government across Nigeria, an official has said. This is part of a renewed effort to enforce the anti-money laundering law and the new currency policies of the Central Bank of Nigeria (CBN).

The Director of the Nigerian Financial Intelligence Unit (NFIU), Modibbo Tukur, hinted at this in Abuja on Monday.

A statement by the NFIU Chief Media Analyst, Ahmed Dikko, on Tuesday, stated that Mr Tukur spoke at a meeting with the Chairman of Independent National Electoral Commission (INEC), Mahmud Yakubu.

The statement said the Nigerian government “is putting all necessary measures in place to stop cash withdrawal from Federal, States and Local Government accounts.”

It quoted Mr Tukur as saying that the step became necessary “because of the consistent devaluation of the naira and the introduction of a new Naira Policy.”

It added that under the new regime, “section 1 of the Money Laundering Prohibition Act is automatically activated.”

The provision cited by Mr Tukur is section 1 of the repealed Money Laundering (Prohibition) Act, 2011, which limits cash transactions to N5 million for an individual and N10 million for corporate bodies.

The provision is contained in section 2(1) the new Money Laundering (Prevention and Prohibition) Act, 2022.

Why cash withdrawals have to stop

Mr Tukur said despite the provision of the law, most cash withdrawals from government accounts including payments for estacode were often in excess of the cash withdrawal limit provided by the Money Laundering Act.

This, according to him, exposes innocent public servants to being liable to imprisonment.

He also said the NFIU was already developing an advisory to the Secretary to the Government of the Federation, all governors and local government council chairpersons to direct all public servants to open domiciliary and naira accounts ahead of the commencement of the policy which becomes compulsory by law.

Mr Tukur said governors and council chaipersons would also need to organise training for market men and women on how to use ATM and POS Services.

But the NFIU statement also denies news reports that the agency would block federal government accounts, used to make cash payments, in January 2023.

The move to block cash withdrawals from government’s accounts across all levels comes on the heels of recent redesignation of the top three naira bills – N1,000, N500, and N200 – and a new policy limiting cash withdrawals to N20,000 per day and N100,000 per week.

The policies have triggered a mixed reaction.

Some have criticised the policy of cash withdrawal limits on the grounds that it can harm businesses given the problems inhibiting electronic transactions in Nigeria.

But others have hailed for its potential to curb the stockpiling of cash by politicians for illicit activities such as vote buying ahead of the 2023 General elections.

He also said the elections will not be business as usual for politicians as they would not be allowed to mobilise resources and thugs to intimidate voters.

Britons urged to avoid risky activity as paramedics join strikes. How did things get so bad?

Britons urged to avoid risky activity as paramedics join strikes. How did things get so bad?

Akeredolu Backs Matawalle’s Call For Arms As Irabor, Gumi Kick Against It