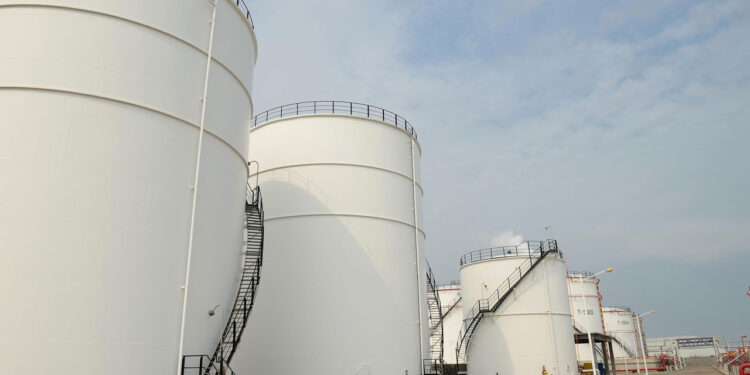 Satellite Town residents in Lagos, yesterday stoutly rejected the siting of tank farms in the densely residential area created in 1976.

The residents under the auspices of Satellite Town Forum, said the rejection was as a result of safety issues, which the siting of such facility could pose to them.

Speaking through their chairman, Mr. Governor Imitini, the residents said despite several meetings with all relevant stakeholders, in respect of the project, there was no concrete measure to curtail fire outbreak in the event of its occurrence.

Lamenting that the community, which was once a resident of choice in 1979 has become a slum with failed infrastructure, he questioned the rationale behind the siting of the farm tanks and proposed tanker parks in the town.

Imitini, who said he has lived in the town for more than 35 years, regretted the absence of basic amenities in the area leading to flooding and bad roads.

He particularly blamed the Department of Petroleum Resources (DPR) for their woes, stressing that several meetings held with the agency have yielded no results.

“The community is calling for the relocation of all petroleum depots from Satellite Town to safer areas because of the impending doom which Nigeria, as a developing country cannot handle. The town is home to the Navy Town, where there is an underground armoury. Any fire emanating from the tank farms will lead to a monumental destruction such that 2001 Ikeja Bomb blast will be a child’s play, in comparism,” he stated.

But Zonal Operations Controller, DPR, Lagos, Mr. Ayorinde Cardoso, told The Guardian yesterday that the issue of relocation is a commercial decision that cannot be taken in a hurry. The national assembly has waded into it and there was an agreement that parties should co-exist, but several things are to be put in place, which all stakeholders are trying to address.

He stressed that DPR alongside other relevant agencies, have had a series of engagements with Satellite Town residents on how to mitigate some of the challenges they are facing.

Cardoso said some of the decisions taken are being implemented by stakeholders, including the Lagos State Government, adding that there are claims that siting such facilities in the area would aid its development.

“Discussions are going on and things are already in motion to meet the demands,” he said.

Commissioner for Physical Planning and Urban Development, Dr. Idris Salako, told The Guardian yesterday that the action was an affront on the state.

He noted that the Ministry through its various agencies has statutory powers to issue building permits in Lagos, in line with the Supreme Court verdict in 2003.

Idris regretted that tank farms owners have not taken advantage of opportunities provided for them to regularise their activities but was rather destroying amenities in their host communities without giving back to them.

He said the ministry discovered that about 169 fuel stations in Badagry and nine tank farms were operating without permits.

Salako stressed that proliferation of petrol filling stations, tank farms and gas plants all over the place is creating problems for the state, which have resulted in monumental calamity.

According to him, the proliferation was caused by embargo placed some years back on licensing, which people took advantage of without recourse to the extant laws of the state.

He said the state is taking it upon itself to regulate and manage uncontrolled development so that what needs to be done properly should be done.

He said: “It is unprofessional on the part of DPR for whatever reasons to unseal tanks legally sealed by Lagos State government.

“Henceforth, it will not be business as usual as people must get necessary approvals in line with Lagos Regional Planning Law of 2019  as amended.

“You must apply for LASPPPA for planning permit, afterwards, you apply to Lagos State Building Control Agency (LABSCA) for authorisation to commence construction. The agency will supervise the process and at the end, grant certification of fitness and habitation.

“We will go back and seal them until they produce their planning permit.

But Cardoso argued that if they had not unsealed the tank farms, it could have led to a huge disruption to the supply of petroleum products across the country.

According to him, Ijegun-Egba has 13 tank farm operators, which receive between 35 per cent to 40 per cent of petroleum products coming to Lagos before being transported to other areas.

He said: “We were told that LASPPPA sealed the depots today (Monday) for not having their planning permits.

“We don’t believe that is the right approach because these people are providing service to the nation and if you disrupt that service, there will be fuel scarcity everywhere.

“This is why we are taking proactive action to immediately reopen the tank farms and if LASPPPA has any issue with the operators, they should come to us to see how it could be resolved.”

He maintained that the agency lacked the constitutional power to shut the depots because the industry was clearly under the exclusive list.

He said: “Oil and Gas business is a regulated environment and we know in the 1999 Constitution that oil and gas are matters within the exclusive legislative list.

“The Federal Government of Nigeria through the National Assembly is endowed with exclusive power to execute items on the exclusive list.

“And arising from that constitutional power, the National Assembly enacted the Petroleum Act of 1969.

“This act regulates all matters relating to petroleum such as importation, handling, storage , distribution of petroleum and petroleum products and other flammable oils.

“This act also provides the granting of licence to import, handle, store, sell and distribute any petroleum product in Nigeria.”

He said as a result of this, all persons that engage in the business are licensed by the Minister of Petroleum Resources through DPR.

According to him, the DPR collaborates with other relevant Federal and State Government agencies for requisite permits and approvals before the issuance of licences.

“So, any issue arising from the licensee will require that the licensor who is the federal government is notified then it will look at the issue and see how to resolve it,” he said.

Cardoso also emphasised that the revenue collected by DPR on the licences are shared by the  three tiers of government.

He said: “Two weeks ago,  an agency of Lagos State Government went and sealed filling stations. Before that time, a local government also went to seal stations.

“There are so many agencies that are going about wanting to seal. LASPPPA went on Monday, LASEPA said they want to seal last week, Safety control will also want to seal.

“We cannot continue like that. Apart from the fact that these people are business people, they are critical national security facilities for the nation. If they shut that place, there will be no fuel in the system, the economy will collapse and there will be security issues.  Is that the kind of facility that all the agencies will go on sealing?

“We are telling them that if you have issues, let all of us sit down.  Let LASPPPA, LABSCA, Safety and others bring their bills. They don’t even know whether all the monies they are asking the operators to pay if they can afford them. Everybody just sees those ventures as money making ventures, whereas it is not like that, they are even finding it difficult to break even,” he exclaimed.