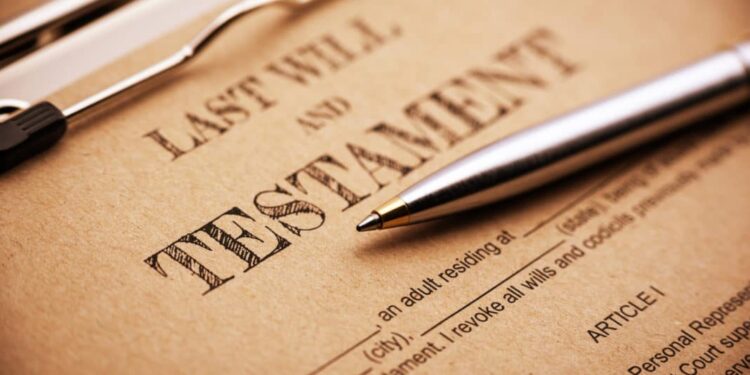 • Residents aged 40 and above should not trivialise issues of wills

The Lagos State Administrator-General, Mrs. Omotola Rotimi, has called on all residents to embrace the culture of writing their wills while they are still hale hearty and save their families from avoidable legal cases and family acrimony after death.

The Administrator-General, who made the call recently while featuring on a Lagos Television (LTV) programme, titled “Oro To Nlo”, specifically pleaded with family breadwinners, who are 40 years of age and above, not to trivialise the issue of writing their wills.

She noted that the acrimony and disharmony that families experience, when the breadwinner of the family dies intestate, can be avoided if individuals are proactive and put their houses in order before they answer their maker’s call.

Rotimi further admonished women contemplating marriage in the State to ensure that they enter into statutory marriages, stressing that the law of the State only recognises a legally married woman.

In her words, “when a husband dies, his legally married wife is entitled to 1/3 of his estate but that is not the case for women without a statutory marriage.

“However, the law does not discriminate between children born legitimately and those born outside the marriage. Where there is paternity issue about children, this can be resolved through DNA to confirm the true paternity,” she adds.

While encouraging residents, who have challenges on issues that border on the will and its execution, to take advantage of the Office of the Administrator-General and Public Trustees in the Ministry of Justice, Alausa Secretariat, Rotimi disclosed that the office will not only serve as the Executor of the Will but also as the Administrator of estates, which includes when the beneficiaries are minors or in the diaspora.

Lagos Begins Collection Of Levy For Parking Outside Perimeter Fence