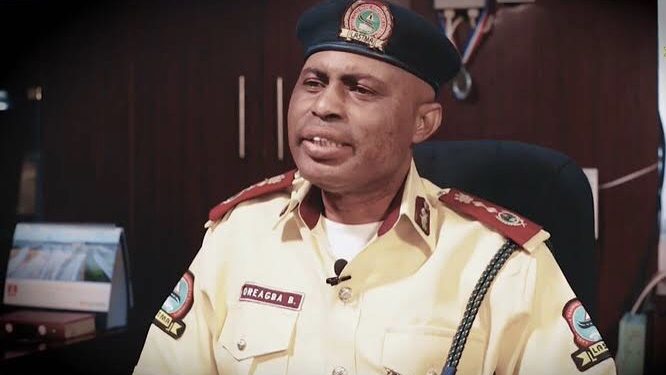 The Lagos Traffic Management Authority (LASTMA) has declared its readiness to collaborate with the Federal Capital Territory Administration (FCTA), through its Economic Planning, Revenue Generation & Public-Private Partnership, on Traffic Management and Control.

The General Manager of LASTMA, Mr Bolaji Oreagba, spoke while welcoming officials of the FCTA to his office at LASTMA headquarters in Oshodi, noting that due to the daily high influx of people into Lagos, traffic congestion became a menace that required urgent attention.

Recalling that LASTMA was established on the 15th of July, 2000 during the administration of Asiwaju Bola Ahmed Tinubu, the General Manager, who was represented by the Director of the Rescue Department, Mr. Adeolu Joan, disclosed that the Agency has over 4000 personnel managing traffic across the metropolis to ensure free flow of vehicular movement in Lagos State.

He maintained that all work ethics of the Authority, including operations, are guided and regulated by the Lagos State Traffic Sector Reform Law of 2018 as amended.

Oreagba said, “Let me inform you that LASTMA was not established for revenue generation as being insinuated by some sections of the public. The Authority is primarily saddled with the Control, Management and Regulation of traffic-related matters within Lagos metropolis.

“And we will continue to strive to achieve the Greater Lagos vision where effective and efficient traffic management will drive, improve and increase the socio-economic development of Lagos”, he stated.

Earlier in his address, the Head of the delegation and Secretary of the Economic Planning, Revenue Generation and Public-Private Partnership of FCTA, Mr Agboola Lukman Dabiri, represented by Baba Shu’aibu Adukke, said his team was on a two-day working visit to understudy LASTMA’s new and modern innovations in Road Traffic Management Control towards improving its services in the Federal Capital.

Commending the Agency for its steadfastness in traffic management and control across the State, Dabiri revealed that the visiting team would visit other LASTMA operational centres in different parts of Lagos State.