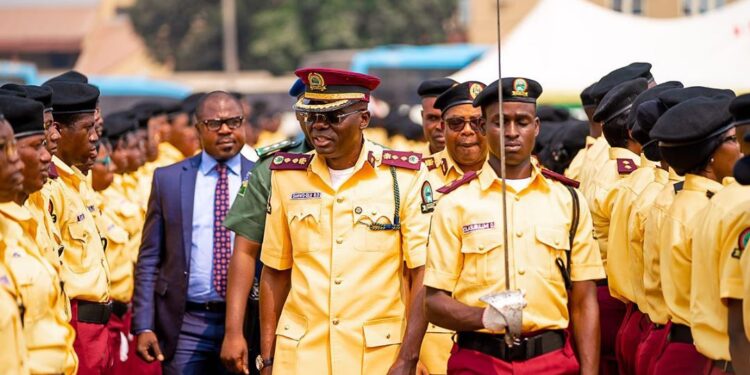 The General Manager of Lagos State Traffic Management Authority (LASTMA) Mr. Olajide Oduyoye has reacted to claims by Godspower Ohamen that the brainbox of his Toyota Corolla Saloon car allegedly got missing within LASTMA premises after his arrest on Thursday August 20 this year.

Oduyoye explained that Ohamen failed to produce his Driver’s Licence for identification until he appeared on the TV programme to reveal his identity.

“In the process of arrest, the driver sprinkled a liquid substance on LASTMA men and recited incantations at the officials of the Agency,” Oduyoye alleged.

He maintained that in a bid to verify the driver’s identity for issuance of a document charging him to court, LASTMA officials insisted that Ohamen must produce his licence but he declined and opted to release his car keys before leaving the premises.

The general-manager stated that the vehicle had to be towed into the premises of LASTMA following Ohamen’s conduct before the arrest.

“After the vehicle was lowered from the tow truck, a joint inspection was carried out with our men before he locked his vehicle and delivered the keys in the presence of officers. All these procedures were captured on video by officials of the Agency.”

Speaking further, Oduyoye revealed that Ohamen showed up at LASTMA on Tuesday August 25 but officers insisted that his driver’s licence must be produced as earlier requested.

“The young man was again asked when he showed at LASTMA five days later to produce his driver’s licence; he simply stepped out and returned some minutes later to raise an alarm that his vehicle’s brainbox had been removed.”

It is surprising, according to the LASTMA boss, how erring man gained access into a vehicle that was locked and its keys were with the Agency”, Oduyoye said.

Disclosing that the incident had been reported to the Police, Oduyoye gave an assurance that the result of investigations into the matter will be made available to the public and affirmed that LASTMA will not be deterred from carrying out its mandate despite threats, intimidation or blackmail from some unruly members of the public.

The GM urged motorists to report any complaints about the Agency’s personnel through telephone numbers – 08129928503, 08129928490 or 08129928469 and advised members of the public to always obey the traffic laws of Lagos State to avoid the consequences of unruly conduct and possible prosecution.