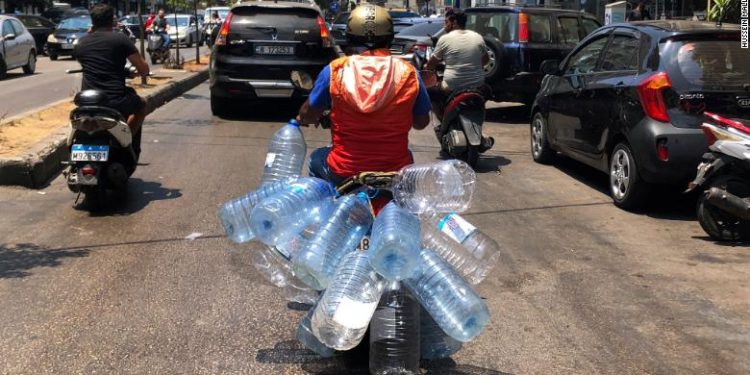 Lebanon‘s water supply system is on the verge of total collapse, according to the United Nations Children’s Fund (UNICEF), in what would mark the latest development in the eastern Mediterranean country’s slide into chaos.

More than 71% of the country’s population — over 4 million people including 1 million refugees — are at immediate risk of losing access to safe water, UNICEF said on Friday.

Water pumping is expected to gradually cease across the country in the next four to six weeks, due to shortages in funding, fuel and other supplies such as chlorine and spare parts, according to the UN agency. Rampant fuel shortages in recent weeks have seen large parts of Lebanon’s economy grind to a halt.

“A loss of access to the public water supply could force households to make extremely difficult decisions regarding their basic water, sanitation and hygiene needs,” said Yukie Mokuo, UNICEF’s representative in Lebanon.

Lebanon is mired in financial and political crisis that the World Bank has described as one of the three worst economic disasters since the mid-19th century. Its GDP per capita has contracted by around 40%, and more than 50% of the population has likely slipped under the poverty line.

“Such a brutal and rapid contraction is usually associated with conflicts or wars,” said the World Bank in its June 2021 report. In the fall of 2020, the World Bank dubbed Lebanon’s financial crisis a “deliberate depression” — the first time the group ever used the term to describe a crisis, and a swipe at a ruling elite that has done little to stem the financial tailspin.

Lebanon has been without a government for nearly a year. Last week, former Prime Minister Saad Hariri abandoned his bid to head a rescue administration, nearly nine months after he was tasked with forming a new cabinet.

The move pushed Lebanon into deeper uncertainty, causing its sinking currency to further plummet in a sharp 24-hour decline.

The European Union has threatened to impose sanctions on the country’s sectarian leadership for failing to break its political stalemate, which put Hariri and his arch-rival President Michel Aoun at loggerheads. Earlier this month, EU foreign policy chief Josep Borrell told reporters he plans to create a legal framework for the legal penalties by the end of July.

Lebanon’s health sector, reeling from the aftermath of a deadly second wave of Covid, has also been dealt a blow by rapid infrastructural decay. Hospitals have repeatedly warned about imminent power cuts, as they tackle rampant shortages in medicines, baby milk formula and basic goods in recent months.

The country’s currency has been in freefall since a popular uprising against Lebanon’s ruling elite gripped the country in October 2019 and has lost more than 95% of its value in less than two years.

In less than two weeks, Lebanon will mark a year since a huge explosion in Beirut port, which was largely blamed on government neglect, devastated the capital, killing more than 200 people and injuring thousands.