by The Lagos Today
in Sports, World News
1 min read
0
0 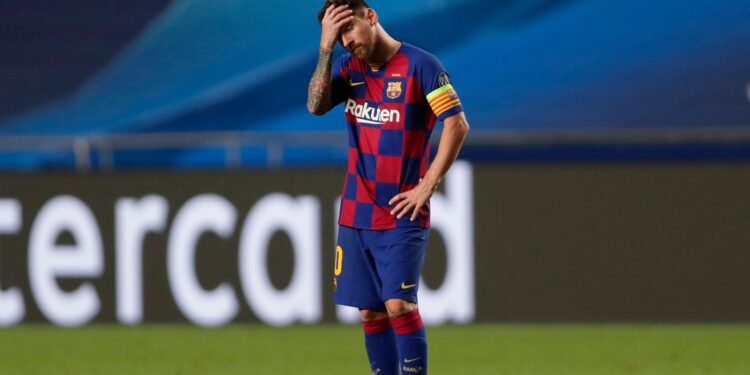 Widely considered to be the best footballer ever, the 33-year-old has won a record six Ballon d’Or awards.

Lionel Messi has told Barcelona he wants to leave the club immediately.

The club said the Argentinian – widely considered to be the best footballer ever – expressed his desire to leave by sending a burofax, a service used in Spain to urgently dispatch a document that requires proof to third parties.

The 33-year-old, who joined the club in 2000 as a youth playe and has spent his entire career at Barca, has a contract with the Catalans until 2021.

The announcement comes 11 days after Barcelona‘s humiliating 8-2 defeat to Bayern Munich in the Champions League quarter-finals, one of the worst in the Messi career and in the club’s history.

That loss capped a difficult season for Barcelona – the first without a title since 2007-08 – and ignited one of its worst ever crises.

He has won a record six Ballon d’Or awards during his time at Barcelona, while helping the club win 10 Spanish league titles and four Champions League crowns.