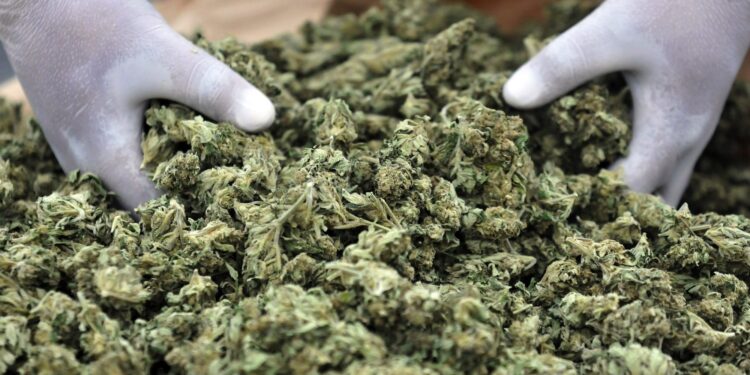 The National Drug Law Enforcement Agency (NDLEA) says it has seized 12,385 kilograms of Indian hemp smuggled into Lagos from the waterways.

In a statement on Sunday, Femi Babafemi, director, media and advocacy, described the drug as a strong variant of Indian hemp.

Babafemi said that 12,385 pellets of Indian hemp were brought in through the Atlantic Ocean and ferried in boats to the Eko Atlantic Beach, Victoria Island.

He stated that more than 50 narcotic officers stormed the beach on Saturday, November 27, and recovered the consignments along with two trucks, and arrested three suspects.