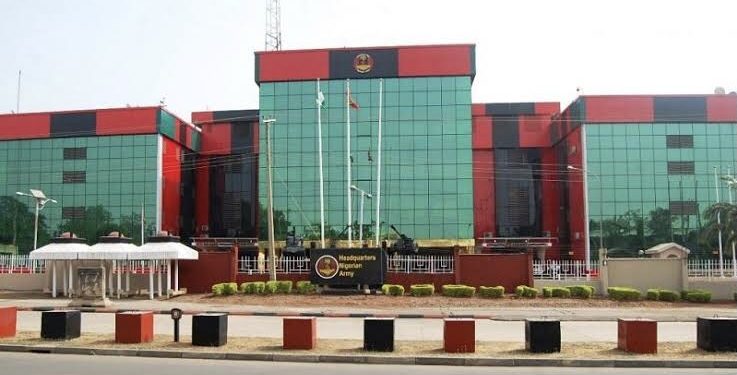 Defence Headquarters (DHQ), the Nigeria Police and the Department of State Security (DSS), on Thursday, denied reports that security forces in the country collaborated with United States Navy Seal to conduct an operation in a suspected terror cell at Trademore Estate, Abuja, on Monday.

Residents of the area, however, claim there was an operation which led to the arrest of two terror suspects and the shutting down of the area within the period the operation lasted.

This is as the management of the Jabi Lake Mall, Jabi District of Abuja, on Thursday, announced the suspension of its operations. Jabi Lake Mall, located directly opposite Jabi Lake, is the biggest shopping mall in Abuja.

There were reports that an international security operation conducted in Abuja thwarted a terror plot to attack the nation’s capital, a development, which heightened fear and anxiety at the Trademore Estate.

The alleged combined operation was reportedly conducted by the United States Navy Seal in collaboration with a Nigerian security agency, which allegedly raided a terror cell at the Trademore Estate in Abuja.

It was believed that the development might have triggered the terror alert issued by the United States and the United Kingdom Embassies on Tuesday.

The incident occurred Monday evening, at about 7pm at the Trademore Estate, Lugbe, along Abuja Airport Road.

Spokesman of the agency, Dr Peter Afunanya, said the agency was not involved in the operation.

“I have no brief on it. I don’t know about such please,” he said.

Also, the Defence Spokesman, Maj. Gen. Jimmy Akpor, was doubtful that such an operation took place.

“Can’t get it! American Army and our DSS team carrying out an operation?” he queried.

Eyewitness account, however, said two persons were arrested and whisked away from the scene.

The house was said to be located on Isikwuato Street, same street, where a former police inspector general was living.

“They stormed the house after cordoning off the area. It was a sting operation that leaves no room for escape for the terror suspect,” a security source reveal.

Detail of items recovered from the scene could not be immediately ascertained, sources said two pistols and a box of explosives were recovered.

An eyewitness said, “We were already inside the house not knowing that there was an incident of that magnitude going on right close to our house. We only got to know when a neighbour called to say that security had condone off access roads leading to our street.

“I used to see the guy once in awhile, he hardly goes out and his wife wears hijab. This is scary for us, it means nowhere is safe. It’s no longer news that there was a high powered sting operation in Phase 3 this afternoon (Monday), culminating in a complete shutdown of our estate,” a resident of the estate, who spoke on the condition of anonymity, said.

The Chairman of Phase 3, Trademore Estate, Adewale Adenaike, was reported by some news outlets to have claimed seeing the gates to the estate locked by DSS officers and American soldiers, to effect the arrest of a resident on Monday over terror suspicion.

He said nobody was allowed to go in or go out of the estate during the operation.

However, the Chairman of the Estate Phase 2 Residents’ Association, Uchechukwu Moses, yesterday, described the unfolding development as strange and frightening.

Moses claimed he could not verify such information by Adenaike as Trademore is an estate that is split into three phases.

He said some residents, out of worries and concern, had begun to evacuate the estate, because of fear of the unknown and the attention that the estate, known for its vulnerability to flooding, has been attracting.

“It is only natural for people to panic, when that kind of a thing happens. People have to be scared for their lives. But we are encouraging our residents to be calm and be security conscious. When they see anything, they should report it.

“Our residents have been calling me for more information, but as I speak, I am also in the dark. Our only hope is that as time goes on, the security agencies will share information with us when they have it in order to lessen the panic,” Moses said.

Meanwhile, following the terror alert issued by foreign missions in Abuja, the management of the Jabi Lake Mall yesterday announced the suspension of its operations.

In a post on the mall’s Instagram page @jabilakemallnigeria, the management said although it did not plan to disrupt its activities, the decision was taken for the safety of shoppers and staff of the establishment.

The post said, management was reviewing the security situation with relevant authorities and that the mall would be reopened as soon as possible.

“To all our valued shoppers, Jabi Lake Mall will be closed today, Thursday, 27 October 2022. This decision has been taken in the overall interest of the safety of all staff and customers of the mall. Centre management is committed to minimising any disruptions. However, the safety of our staff and shoppers remains our highest priority.

“Management is constantly reviewing the security situation in consultation with relevant security authorities and will inform you when the mall will be re-opened. We apologise for any inconvenience caused and hope to provide you with a quality shopping experience soon. Thank you,” the post stated.

Meta’s value has plunged by $700 billion

Meta's value has plunged by $700 billion