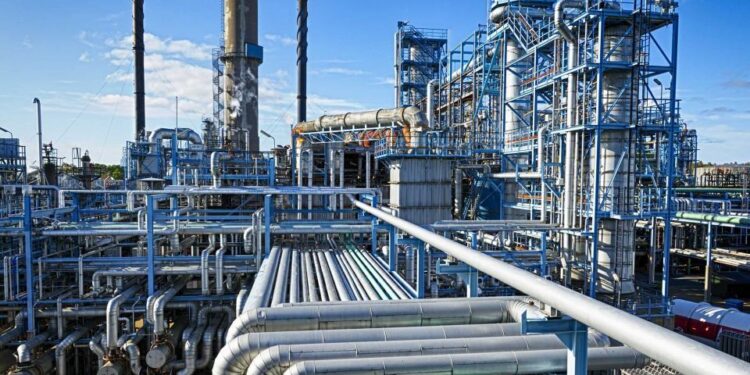 Nigeria earned $741.48 billion from oil and gas between 1999 and 2000, the Nigeria Extractive Industries Transparency Initiative (NEITI) declared in Abuja on Tuesday.

NEITI Executive Secretary, Ogbonnaya Orji, made the declaration at a “stakeholders’ engagement forum” on the implementation of the Petroleum Industry Act (PIA).

NEITI had so far conducted and published 25 cycles of audit reports in the oil and gas sector, covering the period 1999 to 2020, he said.

Mr Orji said that from the reports, a total of $741.48 billion had accrued to the Nigerian government from the oil and gas sector during the period.

“The 2021 oil and gas sector audit is currently ongoing and will soon be released,” he said.

Mr Orji said NEITI was embarking on an expansion of its operations to support the government’s revenue growth plan.

This is guided by a five-year strategic plan (2022-2026) which will enable the agency to establish a presence and operate at sub-national levels to support the government’s revenue growth plan and resources mobilisation, he said.

The executive secretary expressed joy that NEITI’s reports had led to the recovery of several billions of dollars by government from companies operating in the sector.

He said recommendations made by NEITI in its reports also triggered huge reforms in the sector.

He assured that NEITI would provide the information and data in the oil and gas sector that would help the Presidential Steering Committee to effectively implement the PIA.

“As an agency charged with promoting transparency and accountability in the extractive sector, NEITI has responsibility to facilitate and strengthen participation by diverse stakeholders for a successful implementation of the PIA,” he said.

Mr Orji emphasised the need for effective implementation of the PIA.

He noted that the PIA provided wider roles for NEITI in Nigeria’s oil and gas sector, clearly spelling out the need for transparency and accountability.

“Therefore, the implementation of the Act and full operationalisation of its provisions are of great interest to NEITI and its stakeholders.

“NEITI has been working with relevant stakeholders and leveraging on our experience and exposure in the oil and gas sector to ensure that the implementation of the PIA delivers its objective and desired results,” Mr Orji said.

Earlier, Chairman of NEITI’s Governing Board, Olusegun Adekunle, said it resolved to prepare NEITI to deliver on Nigeria’s international obligation and meet Nigerians’ expectations on transparency and accountability.

Mr Adekunle said the resolve was expected to position Nigeria to attract the much-needed Foreign Direct Investments in the oil and gas sector, while supporting her revenue growth plan and resource mobilisation.