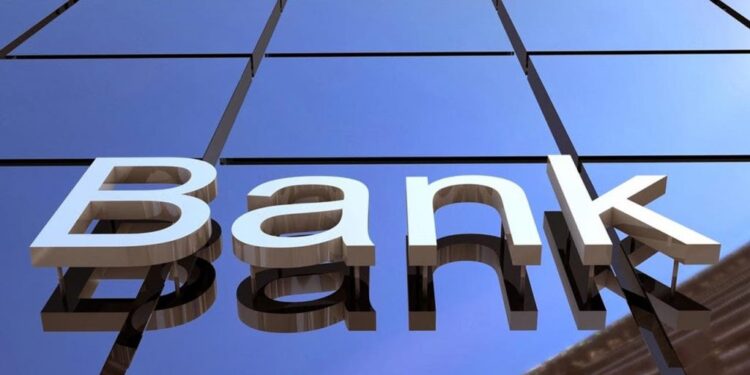 Nigerian commercial banks are vying for up to N2.7 trillion in unofficial deposits by taking advantage of the six-week window that residents have to replace their outdated money. They are also competing for perhaps the biggest price, the N400 trillion per annum NIBSS interbank payment business.

The latest policy by the central bank is likely to have a significant impact on Nigeria’s socioeconomic environment as the apex bank continues to pursue its financial inclusion strategy. The policy of restricting cash withdrawals is expected to force depositors to quickly transition to alternative payment methods for everyday purchases, such as internet banking, USSD, ATMs, POS, and QR payments.

In order to turn in unbanked funds, some of Nigeria’s major banks are aggressively pursuing customer deposits using several channels including online and in-person. Reliable sources in some of Nigeria’s largest banks suggest the central bank’s decision to replace 200, 500, and 1,000 naira notes starting on December 15, has renewed the sense of urgency to scoop some of the deposits. However, some also tread with caution as they are expected to report suspicious transactions related to the money laundering of unbanked notes.

Traditional banks are taking advantage of the policy by doubling down on some of the innovative initiatives around electronic payments introduced to compete with some of the challenger banks. The policy would benefit banks by helping lower cash collection cost, often associated with managing physical cash as well as help the banks achieve their electronic payment strategies which they have spent billions building over the years.

As of June, First Bank of Nigeria Limited reported that its agent banking network, Firstmonie Agents, had handled more than one billion transactions totaling more than N22 trillion.  The bank also indicates that its Firstmonie agent network is active in 772 of Nigeria’s 774 local government areas. With more than 100,000 agents, the bank’s agent banking network is the largest bank-led network in Nigeria and sub-Saharan Africa (including more than 22,000 female agents, enabling the bank to drive gender-inclusive growth within rural communities). The central bank’s cash withdrawal policy will further strengthen its market share.

While the central bank’s initiative will likely boost bank deposits, already at over N47 trillion for 8 of the largest banks in the country, the real competition will likely be in the area of payments. This is where FinTechs have a huge advantage even though they do not hold deposits.

Data from the Nigerian Inter-Bank Settlement Systems (NIBSS) has shown that the NIBSS Instant Payment platform (NIP)handled transactions worth N38.9 trillion in November. This compares to the N25.9 trillion reported same period a year ago. The total value of NIP transactions this year alone is N345 trillion. It is likely to hit N400 trillion by year-end. The value is in the fees earned from facilitating these payments.

In a market where businesses like Quickteller, Paystack, Flutterwave, Opay, and Paga have already had success, traditional banks seem primed to compete for better riding on brand visibility, their economies of scale, and experience in mobilizing deposits to wrestle the future of electronic money with FinTechs.

GTCO’s HabariPay hit the ground running with the launch of Squad last year and has made an impression already. Squad is a digital payments platform to provide customers with the tools to do business digitally. HabariPay’s Squad is now competing with the likes of Interswitch, Paystack, and Flutterwave in the same arena.

Mid-size banks like Wema Bank, Stanbic IBTC, Sterling Bank and Fidelity are also not letting up. The oldest indigenous bank in Nigeria, Wema, offers ALAT, a 2017 product that is only available online. The app is one of the first fully electronic banks in Nigeria and has the first-mover advantage for electronic payment. It recently launched a QR code feature that allows its merchants to receive payments.

Some Nigerian banks with vast offshore presence are also primed to take advantage of the situation. Access Bank and UBA, two of the largest Nigerian banks with offshore presence have several electronic money transfer products that help their customers move funds across Africa with ease. By offering customers a service that allows them to transfer and receive payments across their branch network in Africa, merchants have the incentive to leverage on these platforms to facilitate trade.

Despite the brave efforts put forward by Nigerian banks, they are still behind when it comes to the adoption rate in the instant payment space. While data is not available for who owns a market share, the Fintechs appear to be more popular per Nairametrics research. Their solutions are also better developed and compatible for ease of transaction flow.

The telcos are also another set of competition commercial banks need to deal with. Perhaps the most to gain from the central bank’s latest policy, telcos have the technology and customer base to mop up liquidity via wallet offerings. However, its PSB licenses require that it works with commercial banks to maintain deposits. MTN with its MoMo, can collect deposits and offer savings accounts to its consumers. Individuals and small enterprises are among their clients. It can also facilitate cross-border transfers through all of Nigeria’s available methods.

Competition is likely to intensify in the coming months if not years as more Nigerians migrate to electronic banking and adopt e-payment. Currently, the market is targeted at merchant payments, e-commerce, and peer 2 peer transactions, but we see these transcending other areas in the economy. Insurance premiums, retail investing, collective investment schemes, tax collection, etc. will all migrate to electronic payments. The FinTechs or banks that build the best solutions to capture these markets will likely come out tops.