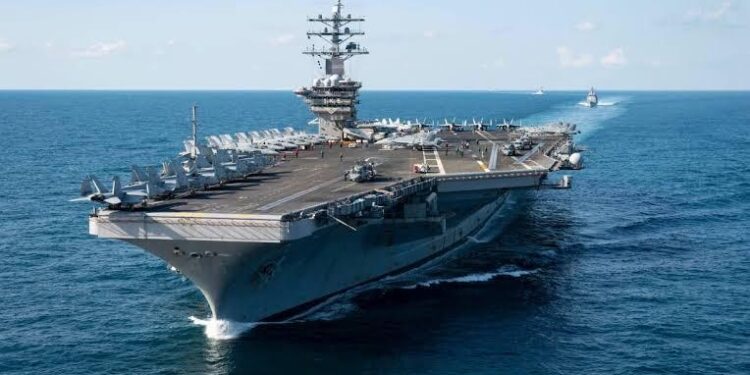 For the first time, the Nigerian Navy will have ships with underwater, surface and air capabilities.

In an era of great power competition Nigeria’s Navy modernization effort is becoming a core focus as Nigeria gears towards a military hegemony in West Africa for continental prestige.

The Nigerian navy aims to have modest blue water capabilities. So, undersea warfare will be an important element of current and future plans.

The Nigerian Navy is currently in talks to equip its corvettes with anti-ship and anti-aircraft missiles.

Although there is no official announcement yet, the YJ-83 anti-ship missiles and FL-3000N air defence missile are possible strong contenders.

NNS Aradu, Nigeria’s only frigate that was undergoing a refit at the Naval Dockyard in Lagos has recently been inducted back into service as a combat training ship for Nigeria’s new general-purpose frigate expected to be delivered in the coming years.

Now, this is of great significance that is surprisingly lost on the public. NNS Aradu was the most powerful warship in Africa when she was inducted in the 80s.

In a bid for Nigeria to have a formidable frigate capable of defending her territorial integrity and enhancing her foreign interests, the multi-purpose Frigate NNS ARADU was inducted as the Nigerian Navy Flagship, in February 1982.

The ship was acquired primarily to provide the necessary platform to support geo-strategic posture of Nigeria. This was an era when Nigeria really did have a Foreign Policy position and Africa was at the centre of that policy.

In 2018, it was reported that an agreement had been reached for Turkey to train Nigerian Navy submarines. Nobody knows what became of that agreement.

During the 2019 Passing out Parade, Nigeria’s VP Yemi Osibanjo made a bold claim. In his words:

“In a few years Nigeria will become by far the greatest military force in Africa.”

Admittedly I was one of those who thought this was a cruel joke. Well, not anymore.