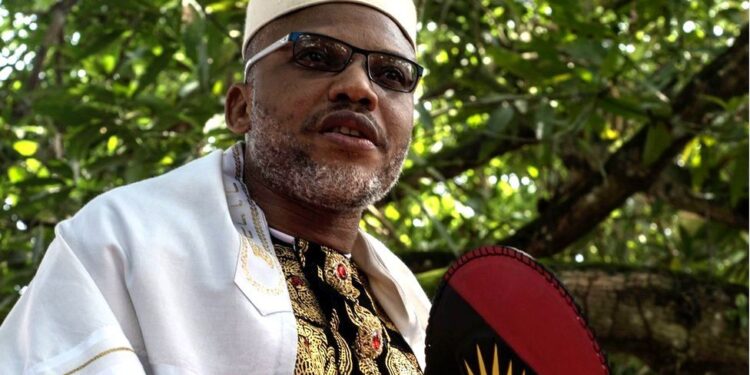 The leader of the Indigenous People of Biafra, IPOB, Nnamdi Kanu, has sued Kenya over his extradition to Nigeria.

Special Counsel to Kanu, Mr. Aloy Ejimakor who disclosed this, said Kanu’s suit had been filed at the Kenyan High Court.

According to him, the suit was filed on September 14 by Luchiri Associates, Kanu’s legal team in Kenya.

Mr. Ejimakor argued that since Kanu is a British citizen and entered Kenya with his British passport, he ought not to have been brought to Nigeria for any reason without valid court orders for his extradition.

In his petition presented by Luchiri and Company Advocates, Kanu argued that his arrest in Kenya and subsequent extradition to Nigeria in June were unconstitutional.

Nigerian officials on June 29 claimed Kanu was brought back to face trial after he jumped bail and went on the run in 2017.

The petition revealed that Kanu was in Kenya to seek medical attention for a heart challenge and for “Indigenous People of Biafra-related work”.

It further revealed that the agitator arrived at Jomo Kenyatta International Airport in May from Kigali, Rwanda, on an East African tourist visa.

It further said that Kanu went to the airport on June 19 to pick someone but never returned to his residence, Purple Haze Apartments on Kitale Lane.

According to the petition, “The subject is believed to have been apprehended at the airport on June 19, 2021, and unlawfully detained for several days after which he was illegally and stealthily extradited to Nigeria without his British passport in utter-non-compliance with laid down processes of laws in Kenya.”

While faulting Kanu’s extradition to Nigeria, the petition said, “The subject (Kanu) is a British citizen ordinarily resident in the United Kingdom. He formerly held Nigerian citizenship but renounced it in 2015. Consequently, his Nigerian passport was taken away from him by Nigerian authorities.”

The pro-Biafra activist argued that his extradition from Nairobi to Abuja in June violated the Extradition (Contiguous and Foreign Countries) Act Chapter 76 of the laws of Kenya.

He asked the court to declare his extradition “a violation of the fundamental rights and freedom to equal protection of the law, human dignity, freedom and security, freedom of movement, fair administrative action, access to justice, the right to be represented in court and a fair hearing as guaranteed in the Constitution of Kenya”.

He also sought an order for “exemplary and punitive damages” against the respondents “on account of their gross violation of the subject’s fundamental freedom and rights as enumerated in the petition.”

He further requested a declaration that “detaining the subject without justification and without informing him of the reasons for the detention, holding him incommunicado in deplorable and inhumane conditions” was a violation of rights protected by the Constitution.

The court was also asked, “to issue an order compelling the respondents to furnish him with the designations and ranks of state officers, public officers, police officers, agencies and departments, institutions and organs of government involved in his extradition.”

Ejimakor  said Kanu’s fundamental human rights were grossly violated by those who masterminded his rendition to Nigeria, accusing the Kenyan Government of culpability. 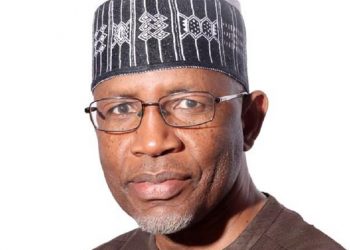 The Securities and Exchange Commission (SEC) has stated that the passage of the Investments and Securities Bill (ISB) 2022 would...