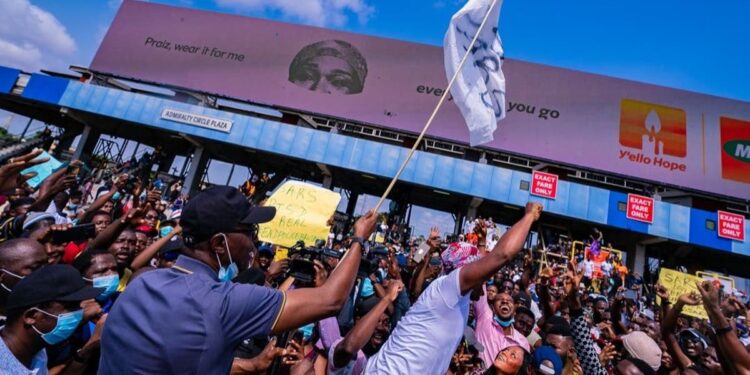 The Lagos State Police Command has debunked an online viral video of #EndSARS protest, which purportedly took place on Monday December 7 this year at the Lekki Tollgate in the state.

The state police command, however, described the content of the video as fake, false and misleading.

In a statement issued today by the Police Public Relations Officer, Lagos Police Command, SP Muyiwa Adejobi, the video is being circulated by mischief makers to create tension and destabilise the security network within the State.

According to him, the footage was one of the viral videos previously released during the recent violent #EndSARS protests before the Lekki Tollgate Plaza was set ablaze by hoodlums who had hijacked the peaceful protest on October 21 this year.

The PRO further urged the public to disregard the video in its entirety.

Adejobi also appealed for calm and encouraged residents to go about their lawful businesses as the Police Command is prepared to deal decisively, within the ambit of the Law, with any act of lawlessness that could lead to the breakdown of law and order in Lagos.