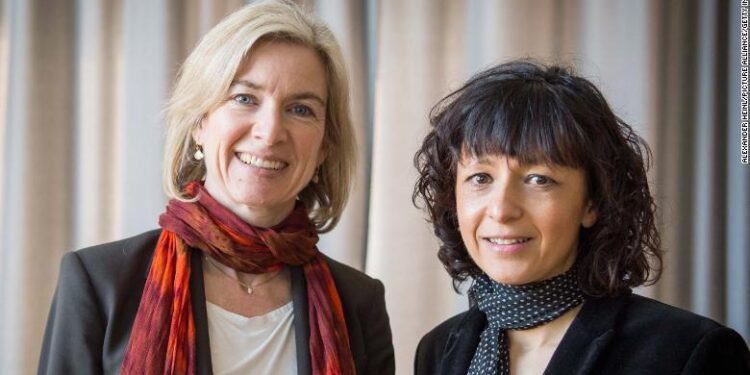 The American biochemist Jennifer A. Doudna (left) and French microbiologist Emmanuelle Charpentier, pictured together in 2016.

The Nobel Prize in Chemistry has been awarded to Emmanuelle Charpentier and Jennifer A. Doudna for the development of a method for genome editing.

They discovered one of gene technology’s sharpest tools: the CRISPR/Cas9 genetic scissors. Using these, researchers can change the DNA of animals, plants and micro-organisms with extremely high precision.

Göran K. Hansson, secretary-general for the Royal Swedish Academy of Sciences, said this year’s prize was about “rewriting the code of life.”

Charpentier, from France, and Doudna, from the US, are the first women to jointly win the Nobel Prize in Chemistry, and the sixth and seventh women to win the chemistry prize.

On Tuesday, this year’s Nobel Prize in Physics was given to scientists Roger Penrose, Reinhard Genzel and Andrea Ghez for their discoveries about black holes.

The Nobel Prize in Medicine was jointly awarded to the US-UK trio of Harvey J. Alter, Michael Houghton and Charles M. Rice on Monday for the discovery of hepatitis C virus, which led to the development of tests and treatments.

The Nobel Prize in Literature will be announced Thursday, the Nobel Peace Prize Friday and the Prize in Economic Sciences on Monday.