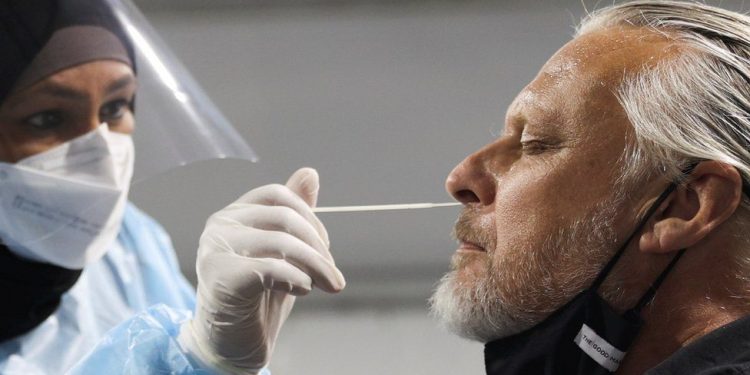 Australia has paused plans to reopen its borders to some foreign nationals amid fears over the new Covid variant.

The country was due to allow vaccinated skilled migrants and international students entry from 1 December.

But Prime Minister Scott Morrison said a delay of a fortnight was “necessary” following Omicron’s discovery.

The heavily mutated variant was detected in South Africa earlier this month, with initial evidence suggesting it has a higher re-infection risk.

It prompted the UK, EU and US to issue a travel ban on Southern African countries – a decision criticised by South Africa’s President Cyril Ramaphosa.

Japan announced on Monday that all foreigners would be banned from entering as a result of the variant, which the World Health Organization (WHO) has said poses a high risk globally.

Prime Minister Fumio Kishida did not say how long the measures would last, and told reporters that he was ready to face criticism for being too cautious.

“These are temporary, exceptional measures that we are taking for safety’s sake, until there is clearer information about the Omicron variant,” Mr Kishida said. Japan has yet to detect any cases.

Australia – which has so far found five Omicron infections among travellers arriving in the country – has not announced rolling back any of the restrictions it had already eased.

The country has until recently had some of the strictest border policies in the world, barring even its own people from leaving the country under a strategy sometimes dubbed “Fortress Australia”.

The policy was praised for helping to control Covid, but it has also controversially separated families.

The measure was only eased in November this year, giving long-awaited freedoms to vaccinated citizens and their relatives. Under the current rules, permanent residents and fully vaccinated travellers from New Zealand and Singapore are allowed into Australia.

The relaxation of rules planned for 1 December would have added fully vaccinated Japanese and South Korean citizens to the list of those who could enter, as well as eligible visa holders.

But Australia’s National Security Committee said the pause was necessary as it would allow them to consider issues like “the efficacy of the vaccine” and the impact of the variant.