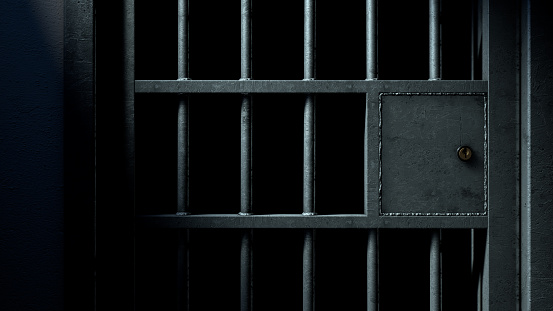 No fewer than 6,000 inmates in the facilities of the Nigeria Correctional Service (NCS) in Lagos State are awaiting trials.

The Comptroller-General of Lagos State Command, Adewale Adebisi, made the disclosure, when he received Lagos State Commissioner for Justice and Attorney- General, Moyosore Onigbanjo and other Lagos State Government officials who visited the Kirikiri Correctional Centre for a plea bargain session and sensitisation with inmates in the facility.

Adebisi said congestion is the major challenge of the facilities in the state, which has more than 8,000 inmates with over 6,000 standing trial.

While advising inmates, who have been standing trial for a long time to consider the plea bargain option, Adebisi said no circumstance and challenges are enough excuse to commit any crime.

In his remarks, Lagos State Attorney General said the government had offered about 530 inmates in correctional centres plea bargain to reduce their sentencing.

Onigbanjo said the process aimed at decongesting correctional facilities in Lagos State and speeding up the administration of justice began in 2017.

The commissioner explained that the plea bargain process is in collaboration with the Lagos State Command of the National Correctional Service, the state judiciary and the Lagos State Police Command.

He noted that the plea bargain option is to help inmates regain freedom and rehabilitate them to join society, saying it is not to compel them to plead guilty to offences.

Onigbanjo said the severity of the offence, length of sentences and acceptance or rejection of the offers by the judge are major determinants in a plea bargain process.

The Solicitor-General and Permanent Secretary, Ms. Titilayo Shitta-Bey, said the process is in compliance with Lagos State Justice Law 2015 and a testament to the government’s commitment to the administration of justice to everyone regardless of social status.