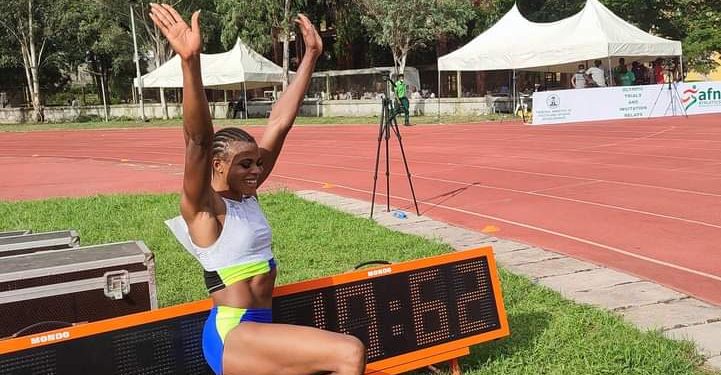 Team Nigeria’s preparation for the Tokyo Olympics Games recorded a positive result yesterday, as U.S-based sprinter, Blessing Okagbare, ran 10.63 seconds, the fastest time by any woman in the world this year. It was aided by wind 2.7.

She won the 100m event of the National Trials at the Yaba College of Technology ahead of Rosemary Chukwuma of Team Delta, who posted a time of 11.07 seconds. Another Delta athlete, Grace Nwokocha, ran 11.11 seconds to place third.

On sighting the record time of 10.62 seconds at the end of the race yesterday, Okagbare fell flat on the track, rolled several times in celebration.

In the male 100m event also decided yesterday, Enoch Adegoke from Edo State won in 10.00 seconds, while Usheorite Itsekiri (Delta) was second in 10.07 seconds, just as Okeoghene Brume was third in 10.09 seconds.