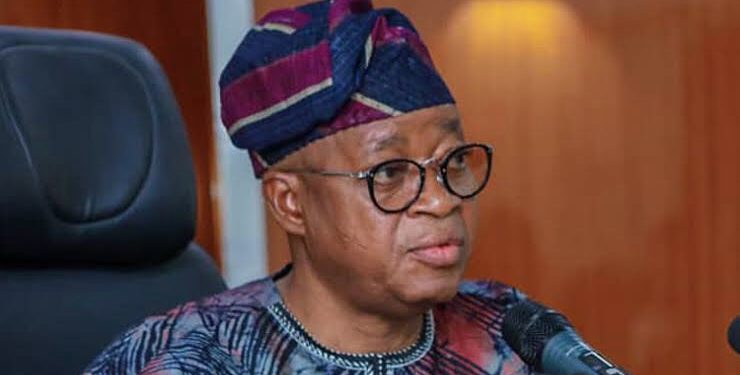 The Osun State government has said that the immediate past administration left a debt portfolio of N76bn in unpaid salaries, pensions and insurance commitments.

A statement signed by the spokesperson to the governor, Olawale Rasheed, obtained in Osogbo on Thursday, said the figure was given by the Permanent Secretary, Ministry of Finance, Mrs. Bimpe Ogunlumade, while briefing officials of the new administration on the financial status of the state.

“The breakdown of the salaries and pension-related liabilities as disclosed by the Permanent Secretary are as follows:

It further said the disclosure was contrary to the claim by the ex governor, Adegboyega Oyetola, that he left a sum of N14bn in cash for the new government.

The state government stated that the figure was not the total debt left by the past administration, as briefings on other sources of liabilities had not been completed.

Meanwhile, the state governor, Ademola Adeleke has ordered the submission of salary schedule to relevant office within the next 24 hours.

A statement by his spokesperson, Rasheed, stated that Adeleke issued the directive after taking briefing from the State Ministry of Finance.

“Top officials of the ministry had attributed the delay in salary payment to the failure of some agencies to submit their salary schedule on time.

“Governor Adeleke consequently directed immediate conclusion of the processes, affirming that his administration is averse to inconveniences the delay has forced on the state workforce,” the statement concluded.