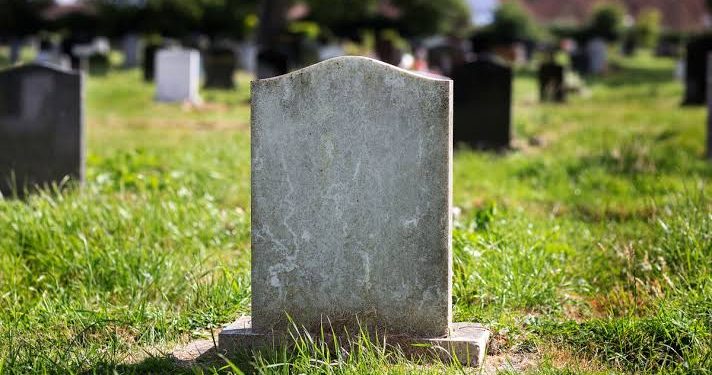 A windstorm, which uprooted an ancient tree at Abari Cemetery, in the Lagos Island East Local Council Development Area of Lagos State, has disrupted the peace and quiet in the public burial ground.

It was gathered that no fewer than 50 graves were damaged by the tree, which broke into some of the vaults. The tree was said to be over a century old.

Our correspondent learnt that workers at the cemetery had closed for the day when the windstorm fell the tree around 9pm.

Shortly after the tree fell, there was a downpour in the area.

When our correspondent visited the cemetery on Wednesday, she observed that the tree had blocked the passage leading to the graves.

While some graves were destroyed, others were partially damaged.

Some families whose members were buried in the cemetery were said to have trooped to the site to check if their graves were still intact.

A worker at the cemetery, who spoke on condition of anonymity, said it was the second time a tree would fall on graves in the cemetery.

He said, “This tree has been here for long; we can’t even say the exact number of years because the elderly guards that we met here said it was there when they were young, so that showed that it had been here for more than 100 years.

“A branch of a tree had fallen before and destroyed some graves, so we got someone to cut the tree into pieces. But last week Wednesday, we had closed and were at home when one of the labourers that used to come to the cemetery to work called me that the big tree in the cemetery had fallen.

“When we got here the next day, Thursday, we saw that the tree had covered some graves. It was the storm that uprooted the tree. We cannot be certain about the number of graves that were affected till the tree is cleared because there are a lot of graves under the tree.

“The chairman of the council, Alade Folawiyo, came here yesterday (Tuesday) with some management staff and the council engineer to inspect the cemetery.

“Since yesterday, families have been trooping in to check if their graves are affected and we are also taking records of people trooping in, but they can’t repair them now because the tree has not been removed.”

The worker added that the council chairman had contracted some people to cut the tree to enable affected families to repair their graves.

While our correspondent counted 50 damaged graves that were visible, a council official who asked not to be quoted said over 100 graves were affected.

The Chief Press Secretary to the council Chairman, Olushoga Olushola, in a statement on Wednesday, urged families whose loved ones were buried in the cemetery to contact the council engineer.

The statement read, “This is to inform all the families that buried their loved ones at Abari Muslim Cemetery, Lagos Island, that there has been a natural disaster (the biggest tree fell heavily with its branches) which happened a few days ago as a result of heavy downpour. This has affected many burial vaults. Families are directed to get in touch with the council engineer for more information.”