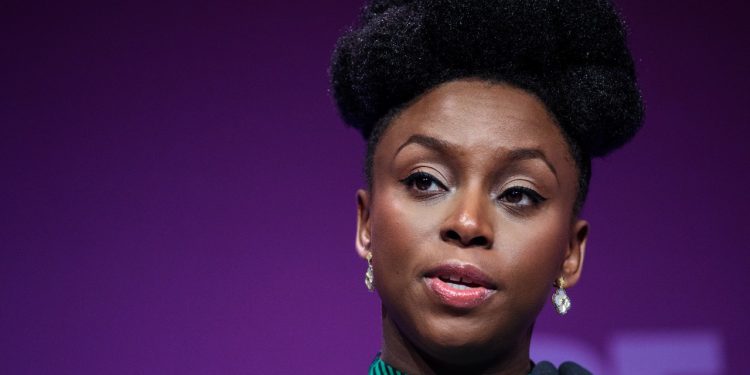 Acclaimed Nigerian author and feminist Chimamanda Ngozi Adichie has published a reflective essay on young people on social media “who are choking on sanctimony and lacking in compassion.”

She says such people can “fluidly pontificate on Twitter about kindness but are unable to actually show kindness.”

The essay titled, ‘It is obscene: A true reflection in three parts” was published Tuesday and has sent the internet abuzz, and mulling over the pervasive influence of cancel culture.

“We have a generation of young people on social media so terrified of having the wrong opinions that they have robbed themselves of the opportunity to think and to learn and to grow,” Adichie wrote.

In addressing this phenomenon, Adichie referenced allegations of transphobia against her and allegations that she attempted to tarnish the career of a young writer who attended her writing workshop.

“In this age of social media, where a story travels the world in minutes, silence sometimes means that other people can hijack your story and soon, their false version becomes the defining story about you,” she wrote.

In 2017 Adichie gave an interview on British broadcaster Channel 4 News in which she said transwomen are transwomen.

“Of course they are women but in talking about feminism and gender and all of that, it’s important for us to acknowledge the differences in experience of gender,” she said in the interview.

“It’s difficult for me to accept that we can then equate your experience with that of a woman who has lived from the beginning in the world as a woman; who has not been accorded those privileges that men are,” she added.  The interview was met with backlash labeling her transphobic on social media, including from the subject in Adichie’s essay who she says took to Twitter to insult her.

“This woman knows me enough to know that I fully support the rights of trans people and all marginalized people,” Adichie wrote.

Adichie says the second unnamed writer in her essay also took to Twitter to insult her, calling her a murderer and “actively campaigning to cancel” her following the 2017 interview.

Freshwater author, Akwaeke Emezi who identifies as non-binary acknowledged that they are one of the subjects of Adichie’s essay.

” Adichie published emails from myself and another writer who was in her workshop without our consent,” they wrote on Instagram stories.

Last year, Emezi posted a tweet identifying Adichie as the “prominent writer” from whom they had “lost support.”

“Two days after Freshwater debuted, she asked that her name be removed from my bio everywhere because of my tweets online. Most were about her transphobia,” they tweeted.

They added that they would not be reading Adichie’s essay because “it was designed to incite hordes of transphobic Nigerians to target me.”

Adichie’s essay was met with a mix of emotions and drew both ire and praise.

One Twitter user wrote: “These days people build a profile either in social media, politics, religion or even business then wield it like a club. Successful people like Chimamanda are prey. They will be entrapped and then milked. Because lies are now a currency.”

While another Uju Anya, wrote, “Chimamanda has the right to express rage and disappointment at people she thought were friends who used and deeply hurt her. Trans women also have the right to be outraged and defend themselves against being targeted by her malicious politics she tries to pass off as benevolence.”