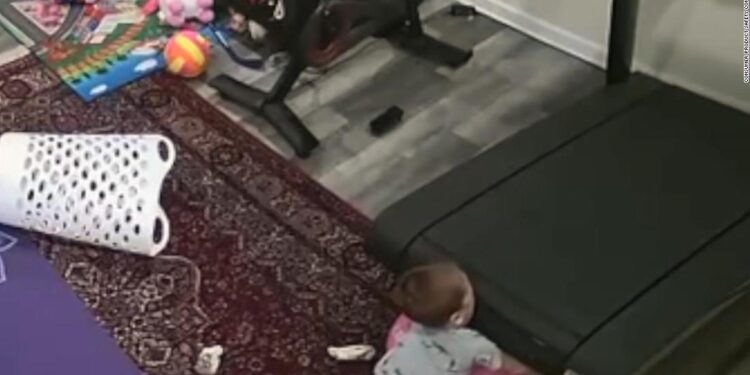 Peloton recalled its Tread+ and Tread treadmills Wednesday, and the company admitted it was wrong to fight the Consumer Product Safety Commission’s request that it do so.

About 125,000 treadmills are included in the recall. The CPSC said that there has been one child death and 70 other injuries tied to the treadmills. But when the federal safety agency issued a warning about the dangers last month, Peloton took the unusual step of refusing to recall them.

“I want to be clear, Peloton made a mistake in our initial response to the CPSC’s request,” said Peloton CEO John Foley. “We should have engaged more productively with them from the outset. For that, I apologize.”

In a statement, CPSC’s acting chairman Robert Adler said that the announcement was the “result of weeks of intense negotiation and effort, culminating in a cooperative agreement that I believe serves the best interests of Peloton and of consumers.”

Wednesday’s recall covers the $4,295 Tread+ as well as Peloton’s cheaper Tread, which costs $2,495. That machine hasn’t yet been released in the United States. Peloton pulled both machines off its website Wednesday.

The reversal comes more than two weeks after the US agency issued an “urgent warning” for users of the machine. At the time, the CPSC said it was aware of at least 39 accidents involving the treadmill, including “multiple reports of children becoming entrapped, pinned, and pulled under” the device.

The CPSC released a video showing a small child playing with a powered-on treadmill while it lifts off the ground and the child becomes pinned under it. The agency released details of other incidents, including a child being injured when an adult was using it and “pets and objects” also being sucked beneath the treadmill suggesting “possible harm to the user if the user loses balance as a result.”

Peloton refuted the agency, saying at the time its warning was “inaccurate and misleading.” In a stark reversal, Foley admitted Wednesday that decision was a mistake.

Foley said Peloton will work with the CPSC to “set new industry safety standards for treadmills” because the company has a “desire and a responsibility to be an industry leader in product safety.”

In response, Consumer Reports said the recall is “welcome news,” but the delay left customers in danger.

“The CPSC took a strong and principled stance for safety, and clearly that’s what made Peloton come to the table and agree to offer a full refund,” said William Wallace, Consumer Reports’ manager of safety policy, in a release. “It shouldn’t have required so much time and effort to get this product recalled.”

Shares of Peloton (PTON) were down 10% on the news. The company reports earnings Thursday afternoon.

NDLEA Nabs Man With Five Tonnes Of Tramadol in Lagos