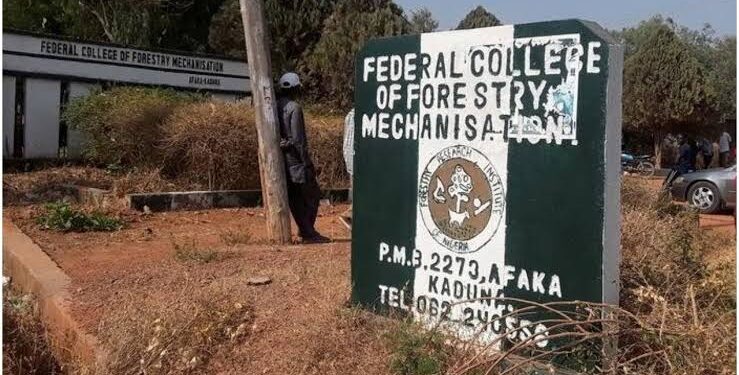 Seven weeks after their abduction, 27 students of the Federal College of Forestry Mechanisation, Afaka, Kaduna State, have been released.

According to an official of the state government who does not want to be quoted, the students are on their way to Kaduna.

The official noted that a press briefing will be held upon the arrival of the freed students.

The students were among the 37 abducted on March 11. Some of them were rescued earlier.

It is not immediately clear if the state government, which had insisted that it would not negotiate with the bandits or pay any ransom, rescinded on its stance to secure their release.

Recall how parents of the kidnapped students protested the prolonged abduction of their wards at the National Assembly complex on Tuesday.

The freed students are separate from the 16 students of Greenfield University, Kaduna, who have yet to be released with their abductors threatening mass killing if a ransom is not paid for them.