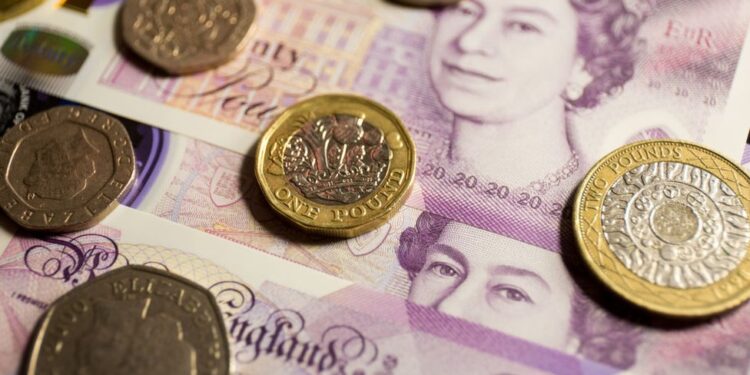 The pound slipped against the dollar in Asia trading on Monday as several European countries closed their borders to the UK.

The UK currency fell by 1.2% amid renewed concern about Covid-19 cases in the UK and another EU missed deadline.

The US dollar was buoyed after a $900bn plan to help its economy weather the coronavirus pandemic was agreed on.

Post-Brexit trade talks are set to continue on Monday between negotiators.

The UK and the EU are trying to reach a trade deal before the Brexit transition period ends on 31 December.

The stalled negotiations have been partly responsible for the pound fluctuating over recent weeks, with the currency falling as low as $1.32.

A four-day winning streak pushed it back up to just under $1.36, before it reversed course again.

European nations have begun to impose travel bans on the UK after it reported a more-infectious and “out of control” coronavirus variant over the weekend.

Ireland, Germany, France, Italy, the Netherlands and Belgium are all halting flights.

One major sticking point is access to the UK’s water for fishing. While the fishing industry accounts for just 0.1% of gross domestic product, (GDP) it is of high political significance.

If a trade agreement is not reached by the end of the month, British firms will revert to trading with the EU under rules established by the World Trade Organization (WTO).

This will mean imports and exports to the EU would be subject to WTO-negotiated tariffs, essentially a tax on goods.

Currency experts have warned that the pound could fall to $1.25 by the middle of next year if no trade agreement is agreed.

The exchange rate between the naira and the US dollar closed at N412.08/$1, at the official Investors and Exporters window....

The Central Bank Governor, Godwin Emefiele, has said that the country’s Gross Domestic Product can rise to three per cent...