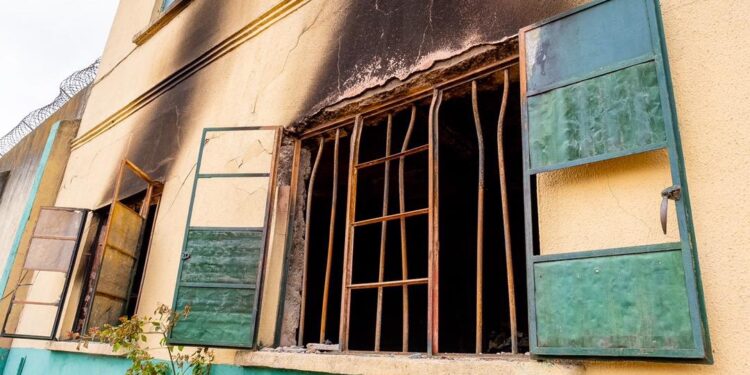 The Controller of Corrections, Nigerian Correctional Service, FCT Command, Musa Ahmed, has urged all security apparatus to work as a team so as to prevent another attack on the correctional centres.

This is as the service carried out a maiden joint interagency simulation training in Kuje custodial centre.

According to a statement by the Service, the simulation training is a strategy adopted during the last meeting of security heads in FCT to evaluate the security situation in Kuje Custodial Centre and to put up adequate measures to avoid a repeat of the unfortunate July 5, 2022 jail attack.

Ahmed in the statement signed by Superintendent of Corrections Public Relations Officer, FCT Command, Chukwuedo Humphrey, on Sunday encouraged them to always see themselves as a team and not as splinters

In his address to the personnel, the Controller of Corrections FCT Command Ahmed Musa Ahmed encouraged them “to always see themselves as a team and not as splinters as they can achieve more when they train together thereby making the custodial centre impenetrable,” the statement stated.

Controller Ahmed, therefore, advised the members of the immediate community not to panic as there would be gunshots and such simulation exercises were done periodically to boost the alertness of the personnel.