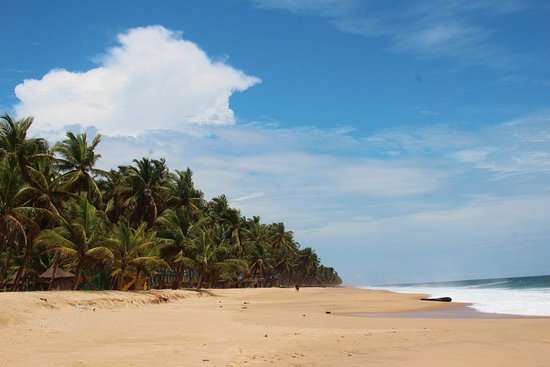 Some concerned business owners in the Tarkwa Bay, an artificial sheltered beach located near the Lagos harbour, have called on the state government to address the issue of illegal sand-mining in the area, citing that the unhealthy mining has led to an increased loss of aquatic life in the community.

Founder of Popbeachclub, a social enterprise based on the Tarkwabay beach peninsular, Mr. Akin Disu, noted that the activities of illegal miners have caused an unprecedented loss of shell fish, among other seafood, in the community.

“They keep using diesel pumps and engines at the mouth of the Lagos Estuary, polluting the natural breeding ground for shell fish in our waters. These miners are destroying our livelihood. They are barely 50 metres away from the marine police, but I doubt the police is aware of their activity. The seafood is an important part of our economy, providing jobs and livelihood for thousands,” he said.

Illegal dredging in Lagos has been a recurrent problem for the past decade. The Nigerian Conservative Foundation (NCF), in 2017, alarmed that the rate of dredging and mining sands in Lagos is a pointer to disaster waiting to happen.

He also noted that structures, such as the Barracuda breeding grounds, had collapsed due to the same illegal mining activities.

According to the Lagos State Government, illegal sand-mining remains a criminal activity, which is punishable by law. Sand-miners are expected to obtain a permit from the government before embarking on any dredging activity. However, the government vowed to protect the interests of the city’s economy and residents in giving out permits.

The city authorities also said that residents, including licensed miners, should whistle-blow on all illegal mining activities to the Lagos State Ministry of Energy and Mineral Resources and relevant security agencies.