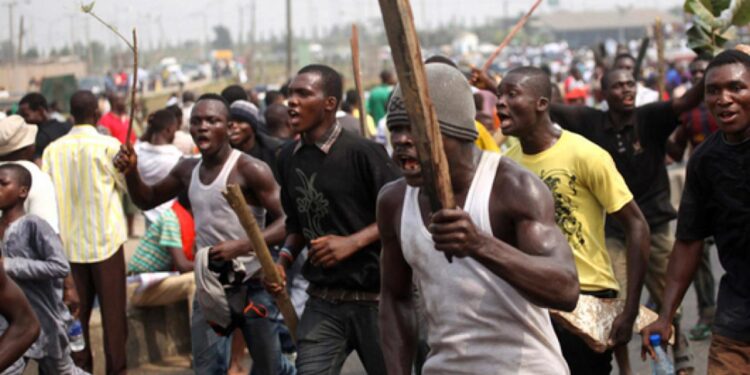 Rival gangs engaged in a gun battle around Jibowu area of Lagos State on Tuesday which led to one person arrested and a locally-made pistol recovered from him.

It was gathered that the warring gangs
were fighting over control of levies and shot sporadically. Policemen were quickly mobilised to the scene to disperse the hoodlums.

The clash created pandemonium as motorists were forced to avoid being caught in between the warring group causing serious gridlock along Ikorodu Road.

According to The Nigerian Tribune, it all started when a gang of armed thugs stormed the Jibowu underbridge with iron rods, planks and started smashing bottles on the road.

It was further gathered that their supposed rival responded immediately by firing in the direction of the gang.

A resident who pleaded anonymity while speaking with the Nigerian Tribune said: “It was really tough this morning. People ran into different places as the hoodlums were shooting.”

Lagos police spokesperson, Benjamin Hundeyin, confirmed the clash and added that “normalcy has been restored.”

Hundeyin, however, could not confirm the arrest of one of the hoodlums, when he said “I am yet to be briefed on any arrest but the area is calm now.”

When the Nigerian Tribune visited Jibowu on Tuesday, there was still panic in the area even with the presence of heavily armed policemen.