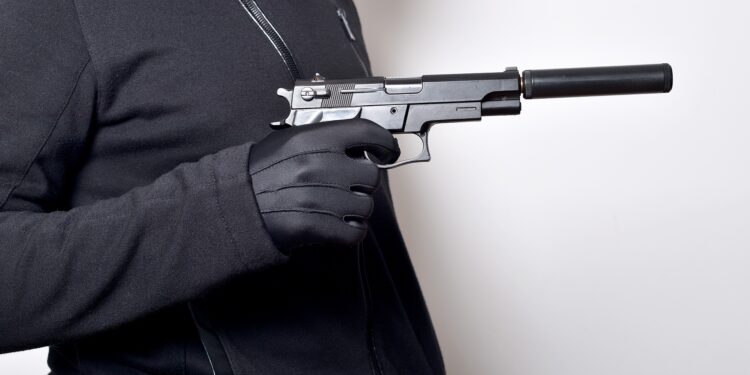 A young Uber driver, identified as Tade, was recently shot dead by armed robbers, who robbed him of his vehicle around the Badore axis of Ajah in Lagos.

It was gathered that a yet-to-be-identified customer requested Tade’s service to convey him to a destination in the state and he drove down to the agreed pick-up point in Badore.

Immediately he got to the destination, three armed men waylaid him and while attempting to dispossess him of the car and other valuables, they allegedly shot him twice.

After perpetrating the crime, the armed robbers reportedly fled from the scene in Tade’s vehicle.

The deceased’s colleague, who gave his name simply as Damilare, said Tade was tricked to the spot where he was shot dead, adding that three hoodlums were responsible for the attack.

Damilare stated, “He (Tade) was actually killed around Badore. His service was requested and when he got to where the request emanated from, he met three hoodlums. Immediately, he started struggling with them, not knowing that one of them had a gun, and they shot him twice and drove away in the car.

“From what we gathered; it appears that the hoodlums requested for his service in a bid to steal his car. That is the trick they usually use; they will make a request for a long-distance travel like from Egbeda to Lekki and no driver will see such a request around 7pm or 8pm and won’t want to go, because it is going to fetch you over N5,000.

“But while driving to the pick-up point, they will ask you to pass through bad roads and when you get there, you will see like three guys with guns, cutlasses and knives, who will suddenly appear to rob you of your phone, money and other valuables.

“They know that most ride-hailing drivers use smartphones to work and some of them have more than one smartphone. This is common around Egbeda; if we get a request around there, we usually tell the person to come out and if the person refuses, we will cancel it. Many of the drivers don’t know this trick and that is why they usually fall victim.”

Damilare stated that Tade’s family had taken his corpse to the village for burial, adding that people, who rushed to rescue him after he was shot, informed one of his colleagues about what happened.

He said, “I cannot take a trip to Badore anytime from 6pm; if I am to take the trip, I will drop the passenger at Ajah or at the point where I can make the next U-turn. If you like to remain in the car, I will lock my car and keep you there. The area is very bad and cursed.

“How we got to know about the incident was that we drivers usually have back-to-back conversation to check on each other. So, when he was shot, his phone was found on him and he was still breathing when people rushed to help him. The next person who called him was his friend. He was asking if he had got to his destination and the people informed his friend that Tade had been shot.

“The friend asked for the location and drove down there to see what happened. Tade died while being rushed to hospital. His friend said family took his corpse to the village for burial.”

When contacted on Sunday, the state Police Public Relations Officer, Muyiwa Adejobi, said he would find out and get back to our correspondent, but when another call was put across to him on Monday, he said he had yet to get any information on the incident.

“I have not gotten any fact on this. I will get back to you when I have my facts,” Adejobi stated.