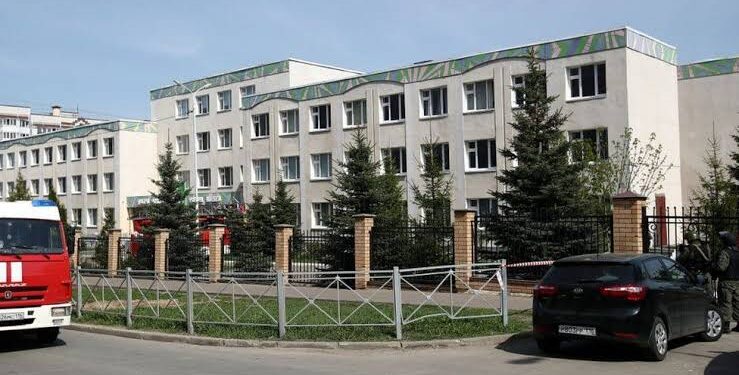 A blast was heard at the school in the city of Kazan and a teenage gunman has been detained.

At least 11 people – including students – have been killed and several others injured in a shooting at a school in southwest Russia, according to reports.

The RIA news agency said a blast was heard at the school in the city of Kazan and a teenage gunman has been detained.

Footage posted on social media showed a large crowd outside the school after the premises had been evacuated, and emergency services including police and armed officers, as well as paramedics at the scene.

Around 21 ambulances were sent to the site, with local officials also turning up, Ria added.

Interfax news agency cited a source as saying that there were two attackers and the second could still be in the building.

A witness told TASS news agency there was an explosion before the attack was carried out.

Some students were seen jumping out of the windows to escape the shooting, it reported.