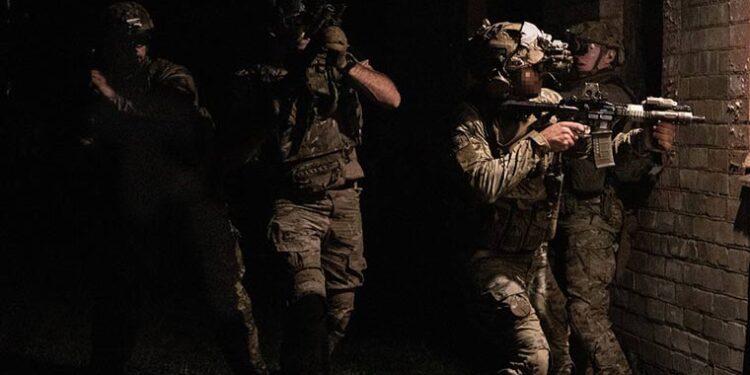 The raid, which was announced by the Pentagon later on the same day took place in central-northern Nigeria. Philip Walton, a U.S. citizen, was abducted from a village in the neighbouring country of Niger to the north of Nigeria six days ago on Monday.

Pentagon spokesman Jonathan Hoffman told reporters on Saturday, “U.S. forces conducted a hostage rescue operation during the early hours of 31 Oct. in northern Nigeria to recover an American citizen held hostage by a group of armed men”. Hoffman added that Walton, “…is safe and is now in the care of the U.S. Department of State”.

The U.S. hostage, Philip Walton, was not named during the Pentagon press briefing. While unconfirmed, it is possible that Walton has been moved to Niger Airbase 201, a facility that has been significantly upgraded for expanded operations in the region.

A report by Eric Schmidt in the New York Times today said that, “Mr. Walton, the son of missionaries, lives with his wife and young daughter on a farm near Massalata, a small village close to the border with Nigeria. American and Nigerian officials had said that Mr. Walton was seized from his backyard on Monday in front of family members after assailants asked him for money. He offered them $40 and was then taken away by the armed gunmen on motorbikes, the officials said. The captors demanded nearly $1 million in ransom for Mr. Walton’s release.”

No U.S. personnel were injured during the raid, but reports indicate that all but one of the kidnappers were killed during the operation.

The operation by U.S. special operations began with a parachute insertion into the area according to reports. This insertion method is generally used only if other means of covert insertion are not immediately available. It is also used if forces assigned to the raid must travel into the target area from a significant distance on longer range aircraft. There were approximately 30 special operations personnel involved in the raid. Once the rescue force was inserted into the area by parachute, they moved on foot approximately three miles to the target area where the rescue was made. Following a “brief but intense firefight”, Walton was moved on foot to the extraction site where helicopters flew the hostage and rescue force to safety.

Part of the activity could be tracked online by means of ADS-B/Mode-S. AFSOC MC-130Js and CV-22 Ospreys, forward deployed to Rota, Spain, took part in the raid, supported by 6x KC-135s from RAF Mildenhall:

Analysts belief the kidnappers motive in abducting Philip Walton was to “sell” him to terrorist organizations in the region. Another American hostage, Jeffery Woodke, who was kidnapped from Abalak, Nigeria four years ago in October 2016, remains missing.