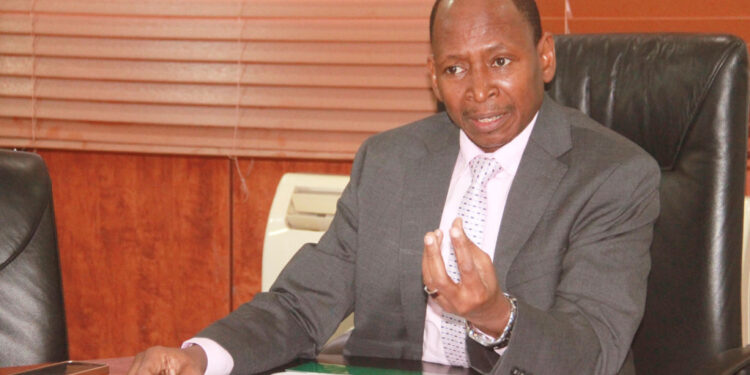 The Senate Public Account Committee has directed the Accountant General of the Federation, Idris Ahmed, to appear before it this week and disclose details of the N57.6bn Federal Government grants.

The Senate panel’s decision was based on the 2017 report of the Office of the Auditor General for the Federation, which stated that the Accountant General did not provide details of the fund disbursement despite repeated requests.

The Chairman of the senate panel, Mathew Urhoghide, ruled that the Auditor General of the Federation’s query to the AGF’s office be sustained when the issue came up at the committee’s sitting on Thursday.

The representative of the AGF, Segun Fehintola, was not able to present needed documents to state details of the fund disbursement when he appeared before the senate committee.

He, however, pleaded with the panel to allow him return to his office with a view to coming back to the senate at the next sitting with details of the beneficiaries.

The response of the AGF did not go down well with the panel members.

They were unanimous in condemning the refusal of the AGF to honour the AuGF’s request for relevant documents since 2017.

The chairman of the committee stated that the observation of the AuGF was genuine and that the query he issued against the AGF should be sustained.

He insisted that details of the beneficiaries of the grants must be presented to the panel during its sitting this week.

Urhoghide said, “We must sustain this query because the observation was genuine and you (AGF) must bring the details of beneficiaries of the grants to the committee for vetting at the next sitting.”

The AuGF query to the AGF reads, “Examination of Note 14 (Grants and Contributions), as well as the Statement of Financial Performance revealed the following;

“The budgetary provision for grants and contributions was not disclosed in the notes to the accounts.

“This contravenes the provisions of IPSAS 24 (Presentation of Budget Information in Financial Statements).

“The sum of N57,624,929,461.05 was granted by the Federal Government of Nigeria as grants and contributions, which represent transfers to domestic and foreign governments, public and private-owned companies, academic institutions and internationals for 2017.

“The breakdown and details of grants and contributions were not presented for audit.

“The incomplete disclosure of budgeted figures may result in extra-budgetary expenditures.

“The Accountant-General was requested to disclose beneficiaries of grants and contributions for the year 2017.

“In his response, the Accountant-General stated that the list of beneficiaries of grants and contributions in the period under audit would be made available on Monday 18th March, 2019 but no list or details was received as at the time of this report.

“The Accountant-General is required to disclose the budget and beneficiaries of grants and contributions for the year 2017.”