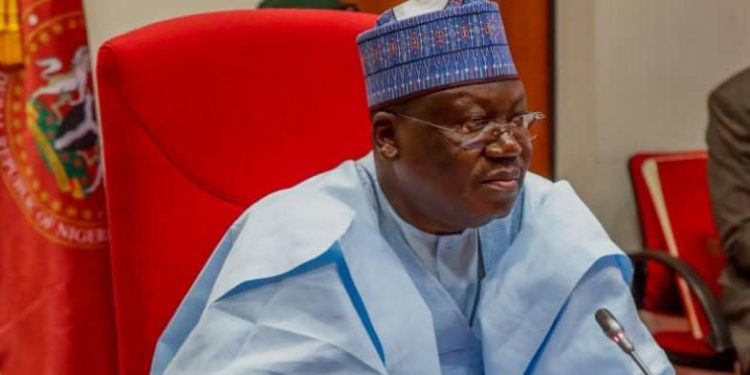 The Senate, yesterday, disclosed that it would pass the Petroleum Industry Bill (PIB) tomorrow.

The disclosure, made by Senate President Ahmad Lawan, was sequel to the submission of a report by the Joint Committee on Petroleum and Gas that had been processing the bill since October 2020.

Yesterday, Lawan also directed that the report be circulated to all senators immediately.

The last attempt to pass the piece of legislation was halted when President Muhammadu Buhari refused to give assent during the eighth Senate under ex-Senate President Bukola Saraki.

A reason for rejection of the bill was that there were some sections that sought to whittle down the powers of the Minister of Petroleum Resources and vest the same in some technocrats.

It was also reported that the “President equally felt uncomfortable that there were no provisions that covered the fiscal content of the draft law.

Also, the report said some key ministers the President consulted over the issue, including the Minister of Justice and Attorney General of the Federation, Abubakar Malami, refused to support his (Buhari) assent.

The rejected bill was initiated to update the outdated Petroleum Act and replace its provisions with a more comprehensive and legal framework that align with global standards.

Erstwhile Senior Special Assistant to the President on National Assembly Matters, Ita Enang, had said the provision of the bill permitting the Petroleum Regulatory Commission to retain as much as 10 per cent of the revenue generated unduly increases the funds accruing to the commission to the detriment of the revenue available to the federal, state and local governments, as well as the Federal Capital Territory (FCT).

Besides, he said the President felt that expanding the scope of the Petroleum Equalisation Fund (PEF) made some provisions of the draft law to be at variance with his administration’s policies regarding of the citizenry.

Similarly, Speaker of the House of Representatives, Femi Gbajabiamila, has assured the citizenry that the oil bill) would be passed within the next two weeks.

Other key legislations to scale through the legislative hammer of the lower legislative chamber within same period are the Electoral Amendment Act and supplementary budget.

He gave the assurance yesterday in Abuja, shortly after reading a correspondence from President Muhammadu Buhari, seeking approval of the 2021 N895.8 billion supplementary budget.

US Lawmaker Moves To Empower Courts To Reverse Crypto Transactions