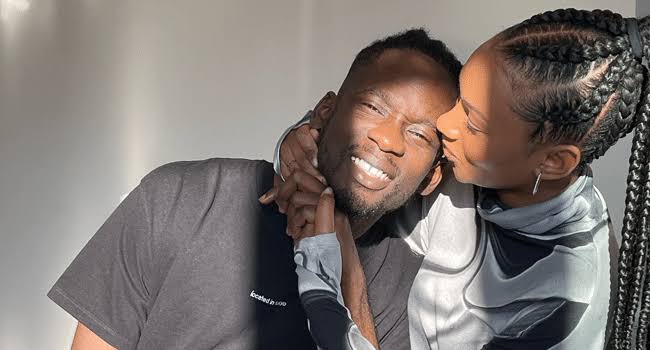 Temi who happens to be one of the daughters of Nigerian billionaire, Femi Otedola, featured in Kunle Afolayan’s movie, Citation in 2020.

She belongs to a family of creatives which was revealed at her grand mother’s 90th birthday last Sunday with great performances by her older sisters, DJ Cuppy and Tolani Otedola.

Temi’s uncle, Rotimi Otedola is a high life singer, and has a band called Afronero band, from what transpired at the reception in his mother’s honour where he sang, ‘Sweet Mother’.

The young lady shared the moments Mr Eazi proposed in an 18 seconds video clip without a caption.

In the video, Mr Eazi and Temi were pictured in a sea front, the singer, going on one knee and proposing to his girlfriend officially.

A celebrity wedding may just be in the offing, with both building a career in the dynamic entertainment world.

Already reactions are coming on the heels of the proposal.