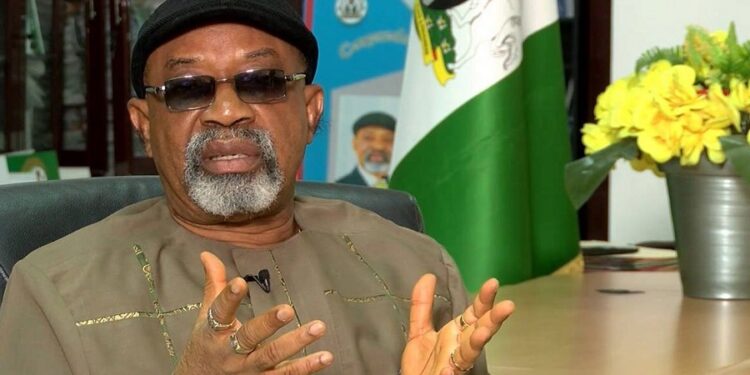 Despite threats by the Federal Government, through the Minister of Labour and Productivity, Dr. Chris Ngige, to enforce the ‘no work no pay’ rule against striking resident doctors today, the parent body of all medical doctors in the country, Nigerian Medical Association (NMA), has refused to comment.

Reacting to the threat from the Federal Government, President, NARD, Dr. Uyilawa Okhuaihesuyi, yesterday, said: “They have not invited us for any kind of meeting, neither have they met our demands. Rather, we are getting threats of no work no pay. We can see which party is sincere to resolve the issue.”

NARD is the militant body of all medical doctors in the country and there are about 16,000 resident doctors working in Nigeria out of over 40,000 medical doctors.

NARD had last Monday began a nationwide industrial action over unpaid salaries, benefits to families of members that lost their lives to COVID-19 pandemic and hazard allowances, improved conditions, and failure to domesticate Medical Residency Training (MRT) Act 2017 in states, among others.

Less than four months ago, between April 1 and 10, they were also on strike over the same issues and the strike was called off following a memorandum of understanding signed by the Federal Government and the leadership of NARD.

Okhuaihesuyi stated further: “There is no going back on plans to shut down public and government hospitals due to inability of the Federal Government to keep to its promise to the doctors in meeting their demands.

“Even if they communicate to us now, there is no going back. It is now over 120 days after we signed the Memorandum of Understanding (MoU) and Memorandum of Agreement (MoA). They should be ashamed for not being truthful. We cannot be working and not get paid. You make commitments with doctors and you don’t keep them,” he said.

On the negative effect the strike is having on ‘common’ Nigerians, he said: “The doctors are also human beings. Abia State owes doctors 19 months salary; Imo State eight and Ekiti two months. Those doctors who lost their lives have not got their insurance benefits and most of us are yet to get the paltry hazard allowance of N5,000. You bring out circulars that you are going to pay and yet you don’t. What will the doctor tell his or her landlord?

“We go to the same market with ‘common’ Nigerians and our children attend the same schools. How can we survive in the midst of this gross negligence on the part of government? If you were a medical doctor, would you be working in Nigeria? Little wonder more graduating doctors are leaving the country in droves. No wonder more Nigerians are seeking medical treatments abroad because they don’t trust the medical system in the country.”