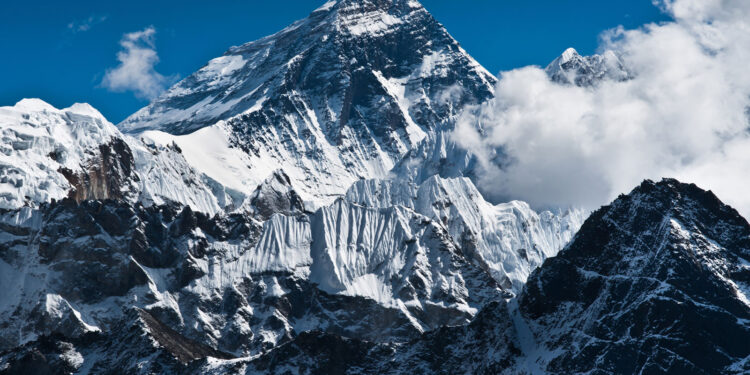 With over 200 dead bodies scattered across Mount Everest, you would begin to wonder: Is this human audacity or something else?

For most people, you sing about it in geography class and move on. For others, a song is not enough. In 1921, some British people decided to climb it.

Before the British came, people who come from the region had been living with the mountain but there is no record of anyone trying to climb to the top. In 1921, the Brits reached 22,970 ft and then in 1922, they climbed again and reached 27,300 ft. A human record was set!

However, as the record was being set, 7 porters were killed by an avalanche on the way down. Porters are local trained residents who help carry the equipment machinery needed for a climb. Every high mountain team has porters. They know the mountain like the back of their hands.

By 1924, British nationals, George Mallory and Andrew Irvine made a final attempt to the summit, but never returned. No one is certain, if they got lost on the last stretch or on their way back down. Mallory’s body was later found, in 1999, 75 years later, at 26,755 ft.

In 1953, the world celebrated as Tenzing Norgay from India-Nepal, and Edmund Hillary from New Zealand reached the summit of Mount Everest and came back down alive, without any deaths in their climbing team also. It was a big deal for science and research.

Now, you know climbing isn’t cheap. The climb and other associated costs can range from N12 million to N57 million Naira, depending on customized the experience is. There is also a law in Nepal mandating that Sherpas (guides and porters) are paid a certain minimum.

In fact, most agencies work with Sherpas only, because they are a Himalayan group of people who are known for their mountaineering skills and who know the nooks and crannies of the mountains. The most frequent and successful summits have been made by Sherpas.

These costs include camp doctors, insurance, Sherpas, mountain permits, oxygen, gear, waste disposal, etc. There are also additional costs like film crews, custom weather forecasts, etc. The climb is expensive, but it has become a bucket list item for many.

The moment it was discovered that humans can do this, and do it safely, it became routine for mountaineers to climb to the summit. As of 2020, only 5000 people have successfully climbed to the summit of Mt. Everest. There have also been 300+ deaths on the mountain.

Mount Everest is brutally cold, brutally high, brutally low in oxygen and brutally tiring. It is also too high and rugged for rescue helicopters. At some point on the mountain, you have enough oxygen and energy for you alone.

It takes about two months from start to finish. If you face exhaustion, the other climbers are also faced with the decision to either give you their oxygen tanks and face death themselves, or try to carry you back down. The latter is nearly impossible.

So, in death, the only option is to cover your body in snow.

In 2019, the mountain was in the news because of traffic jams. There were so many people trying to climb that to the summit on the long narrow route that they looked like they were in a ‘human traffic jam’.

There are new plans underway to make it a less deadly venture. For instance, lawmakers have proposed that only people who have climbed other major peaks a certain number of times can get licenses. Let’s see how this plays out.

Most mountain climbers, like myself, climb for the thrill of breaking barriers and enjoying the process. So, i have no desire to climb Everest. But I remain fascinated by those who do.

And I must say, the amount of research that has come from these climbs is incredible. 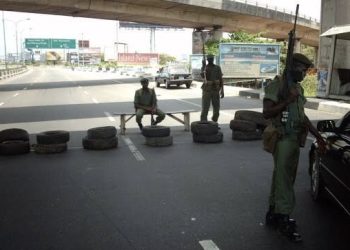 In this report, Deji Lambo of PUNCH investigates how corrupt security agents had been using illegal roadblocks to extort money...

The West Must Return Africa’s Stolen Assets, As Well As Its Artefacts- Buhari

Nigerians were delighted by the news this summer that 72 artefacts, known as the Benin Bronzes, held by the Horniman...