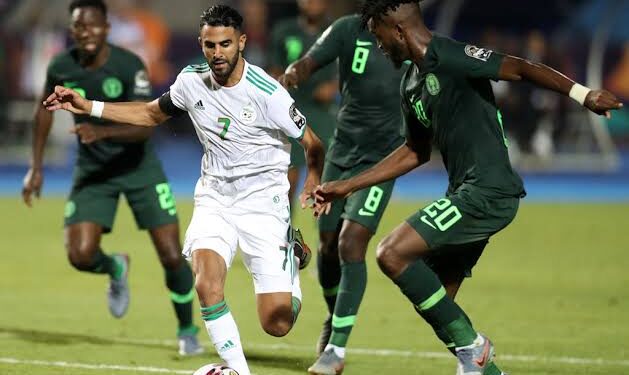 The very long wait to see the Super Eagles of Nigeria back in action after a long 11 months of wait was finally over as on Friday 9th October, they were back in action against the reigning AFCON Champions, the desert foxes of  Algeria, ably led by Manchester City winger Riyad Mahrez at an International friendly match at the Jacques Lemans Arena  in Austria.

Super Eagles had an adequate full 1 week of preparation for this International Friendly  as majority of the invited players honored the invitation, but notably missing was the important “midfield general”, Leicester City’s Wilfred Ndidi who could not be available due to injury concerns and also the new expensively acquired Napoli Striker, Victor Osimhen who surprisingly could not make the trip to nieghbouring Austria from his base in Naples Italy because of travel restrictions due to the dreaded COVID-19.

Super Eagles coach Gehnot Rohr gave a couple of debut to some Super Eagles newbies in the starting 11. On the left  side of defence, left back Zaidu Sanusi who plays in Portugal for Porto was given the nod to start and also FC Midtjylland Midfielder, Frank Onyeka was handed a first cap. Algeria also handed debut appearance to Mertz Midfielder  Farid Boulaya.

The match of course went on without the fans, as the stands were empty. The echoes of the shouts and communications of the players and the bench was what was very audible from the get-go and pretty much for the duration of the match. Algeria got to it quickly in the 1st 6minutes of the match as they got ahead with a goal from a simple close shot from a ball which fell kindly to Ramy Bensebaini who reacted first after a ball was nodded down from a corner kick and was not to be dealt with appropriately by the foot dragging Super Eagles defenders.

Everton’s Alex Iwobi could have made it an instant reply with an equaliser moments after the Algeria goal but his tame effort was off target after a very well worked build-up to what would have been a team goal. Samuel Chukwueze was in on the action in the 1st half with some nice movements and attracting some fouls here and there but he could not do enough to impose himself on the match like he would usually do and the Algerians were more defensively organised and cut off the supply of passes to ”gangling” Onuachu who led the line for Nigeria as was seen lonely upfront without really getting the supplies that would have seen him threaten Alexandre Oukidja in goal for Algeria.

Sparta Rotterdam’s goal keeper Maduka Okoye was busy in goal for Nigeria as he had to make a fine save to deny Mahrez from a freekick which was the highlight of his 1st half for me, moments after that, Sanusi and Onuachu combined well for what looks like Nigeria’s closes chance at goal in the half but Onuachu’s effort was saved.

The second 45 started with Gernot Rohr making two quick changes as  Nantes winger Moses Simon was brought on to replace an injured  Samuel Kalu who got off worse after receiving a knock from contesting a ball earlier with an  Algerian player. Tyronne Ebuehi was also taken off to be replaced by Germany based  Kevin Akpoguma  to earn his 1st cap and Leicester City Striker, Kelechi Iheanacho was brought on in the 66th minute to replace Onuachu.

The second half was more of Algeria dictating majority of the play as they looked more organised, they held Super Eagles on the back foot for long spells as Nigeria could only manage peripheral possessions and could not create much.

Ahmed Musa who was handed his 92nd cap for the Super Eagles was next to be thrown into fray to try to inject some kind of urgency into the attack as he replaced Chukwueze in the 75th minute, but  his introduction didn’t bring much impact as he appeared rusty.

18-year-old Samson Tijani the former Golden eaglet captain was brought on for Alex Iwobi in the 84th minute to earn his 1st cap for the Super Eagles.

Algeria threatened to get the second as they were gifted possession a lot of times by some sloppiness in the Super Eagles’ play but it ended 1-0 after 90 minutes plus added time.

My Verdict would be that Super Eagles didn’t do much and the cohesion and togetherness was lacking in our play which was probably because the team has not played together in a very long time, the midfield was flat as we were obviously missing Wilfred Ndidi in the middle of the pack, Paul Onuachu didn’t offer much leading the line as compared to his present form in Belgium play for Genk, the wingers also didn’t play to his strength, you have a striker that tall, our wingers had no business trying to cut in from their flanks, all they needed to do was get some decent crosses in for Onuachu to try and see if he can hurt the Desert foxes with his height and get the headers in, the defense seem stable as the ”oyinbo wall” of Trost Ekkong and the returning Loen Balogun looked solid and debutant Sanusi looked like the real deal as well, apart from some of his sloppy plays, giving the ball away in the wrong areas, Tyronne Ebuehi looked lively as well and it was good to see him back playing after a long period on the side line.

Next up, Nigeria would be facing another North African opponent, Tunisia in a second International friendly match on Tuesday. 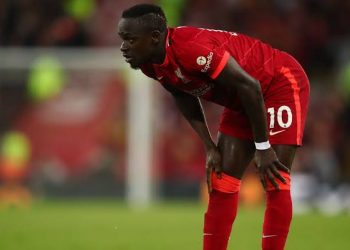