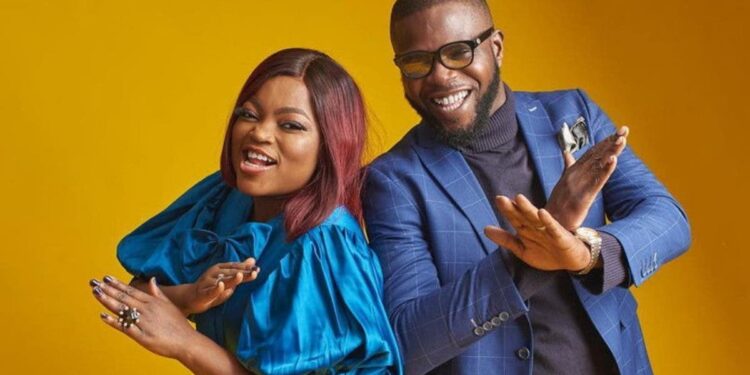 The Governor of Lagos State, Babajide Sanwo-Olu, has granted Nollywood actress, Funke Akindele, her husband, Abdulrasheed Bello and 56 other inmates a state pardon.

This was disclosed in a statement posted on the State’s official Twitter handle on Friday and signed by the Lagos State Attorney-General, Moyosore Onigbanjo.

Funke and her husband, Bello are both non-custodial convicts for offences related to the defying COVID-19 lockdown regulations.

Onigbanjo said the state pardon is a sequel to recommendations by the Lagos State Advisory Council on Prerogative of Mercy.

The Attorney General, said the State Advisory Council acted under the powers conferred on the Governor by Section 212 (1) & (2) of the Constitution.

Onigbanjo stated that the recommendations were made after due examination of their case files and consideration of the length of time served, the gravity of the offence, old age, and ill-health among other parameters.

The AG, however, implored beneficiaries to be good citizens and eschew crime.

The ICIR had reported that Funke and Bello were arrested and charged to court after a video surfaced on social media showing the couple hosting a house party in clear violation of the social distancing guideline against spread of COVID-19.