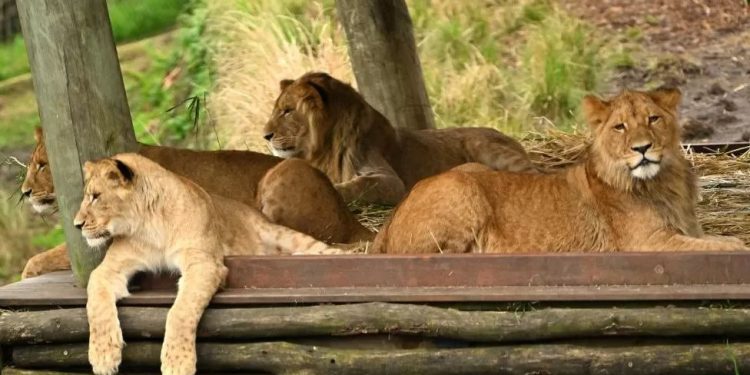 Five lions have sparked a brief emergency at an Australian zoo after escaping from their enclosure.

The animals – one adult and four cubs – were spotted outside their exhibit at Sydney’s Taronga Zoo about 6:30 local time on Wednesday (22:30 GMT Tuesday).

The zoo was put in lockdown and one cub had to be tranquillised but all lions were secured within minutes, a spokesman said. No-one was injured.

An explanation for the escape has not been given.

But zoo executive director Simon Duffy called it a “significant incident” that would be investigated.

He told local media the lions had entered a small area “adjacent” to their exhibit – about 100m from where guests were staying at the zoo overnight. The main zoo was closed at the time.

“At no time did the lions exit that [adjacent] area or exit Taronga Zoo,” he said.

Mr Duffy added the small area was protected by a six-foot fence usually used to keep people at a safe distance, and the entire zoo was surrounded by a perimeter fence.

CCTV footage had shown that a keeper raised the alarm within 10 minutes of the escape, the zoo said.

Staff responded quickly to move all people on the site to safe locations, according to Mr Duffy. Four of the lions “calmly made their way back” to their enclosure.

The lion exhibit will remain closed until further inspections to make sure it is “100% safe”, Mr Duffy added.

In 2009, a lioness escaped its enclosure at Mogo Zoo, south of Sydney, and had to be shot dead because of the danger it posed to the public.