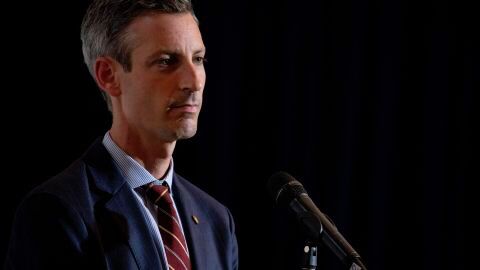 United States and Saudi Arabia have shared intelligence with each other that indicates that Iran may be planning an imminent attack on energy infrastructure in the Middle East, particularly in Saudi Arabia, a US official tells CNN.

A Saudi official told CNN that that Saudi Arabia shared intelligence of a possible attack with the US, but the source did not give any specifics.

A second US official said US F-22 fighter jets already in Saudi Arabia are available to counter any threats.

The first official said there has been no increase in US military protection levels in the region, as the US military is not believed to be a target. State Department spokesperson Ned Price said Tuesday that the US is “concerned about the threat picture” and “in constant contact through military, diplomatic, intelligence channels with the Saudis.”

“We won’t hesitate to act in defense of our interests and our partners in the region,” Price said at a department briefing. He said that he was not aware of any public warnings issued through the embassy about a threat and confirmed that the State Department is required to inform citizens “if we do have information that is precise, that is credible, that could potentially pose a threat to the American citizen community.”

The US believes Iran may be trying to focus attention on Saudi Arabia which Iran accuses of helping fuel protests, sources said.

The Wall Street Journal first reported that there is indication of a potential Iranian attack.

Pentagon press secretary Brig. Gen. Pat Ryder would not confirm whether there’s currently a specific threat, but said that the Pentagon remains “concerned about the threat situation in the region,” and is “in regular contact with our Saudi partners.”

Iran is Saudi Arabia’s chief regional rival, and Riyadh severed official diplomatic relations with Tehran in 2016 after Iranian protesters stormed the Saudi embassy in Tehran in response to Saudi Arabia’s execution of a Shiite cleric. Iran-backed Houthi rebels have also attacked oil facilities in Saudi Arabia and the UAE in recent years, raising concerns that energy infrastructure could be a target for any Iranian provocations in the region.

Saudi and Iranian officials have met quietly in recent months to discuss security issues, including the war in Yemen between the Houthis and a Saudi-backed military coalition. But a fragile truce between the parties expired last month, leading to newly increased tensions between Iran and Saudi Arabia.